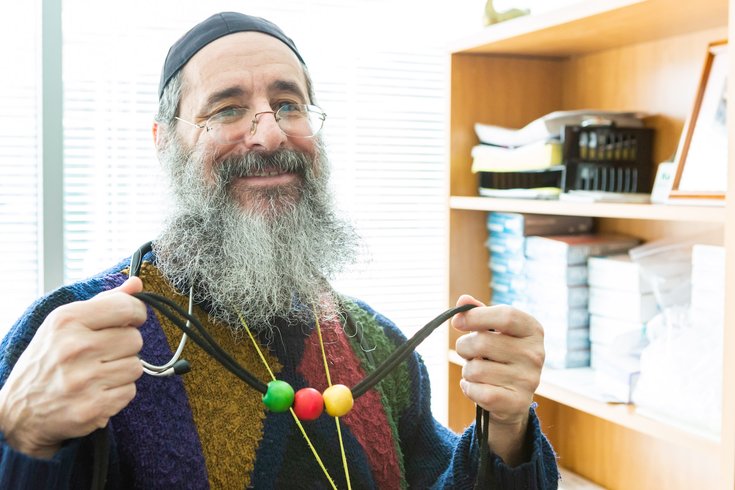 Dr. Howard Saul, a gynecologic oncologist at Lourdes Medical Associates, in his office in Voorhees. He often uses magic to distract and comfort his patients during tough times. “Magic brings joy to the day for the patients .... I am giving the mind a break from worry. Magic is great medicine.”

In her 2000 novel, "Blackberry Wine," best-selling author Joanne Harris mused that "a few hundred years ago there were no differences between magic and medicine.”

You'll forgive Dr. Howard Saul for living in the past.

Saul is a longtime physician and magician. He started out using sleight-of-hand and parlor tricks to engage his patients, distracting them from the anxiety that accompanied their medical appointments. At some point, word got around, and the waiting room in his Voorhees office soon became a place to see what new tricks the doctor had up his sleeve.

Magic has been a real game changer for Saul, a gynecological oncologist at Our Lady of Lourdes Medical Center in Camden.

“Magic brings joy to the day for the patients, their families, my staff and myself,” he said. “It involves not only a sleight of hand, but also a sleight of mind, too. I am giving the mind a break from worry. Magic is great medicine.”

Saul, 62, has been studying magic for more than 10 years. He first discovered its transformative power while his son Michael was a teenager. In an effort to bring his introverted son out of his shell, Saul hired a young magician to teach him magic.

The lessons were a success in two ways: Michael became a professional magician and his father got bit by the bug, too. Before Michael moved to Pittsburgh, father and son would perform together at magic shows.

Saul has fine-tuned his craft, learning from his son, local professional magicians and by joining local societies.

He practices and performs magic every day in some way, and can do it all – card tricks, coin tricks and even a little illusion. He's even assisted his son with some big stage illusions.

His favorite type, though, are parlor tricks and close-up magic that is easy to carry around with him.

“I am always learning something new, creating my own tricks, and taking old tricks and adding a twist to make them my own,” he said. 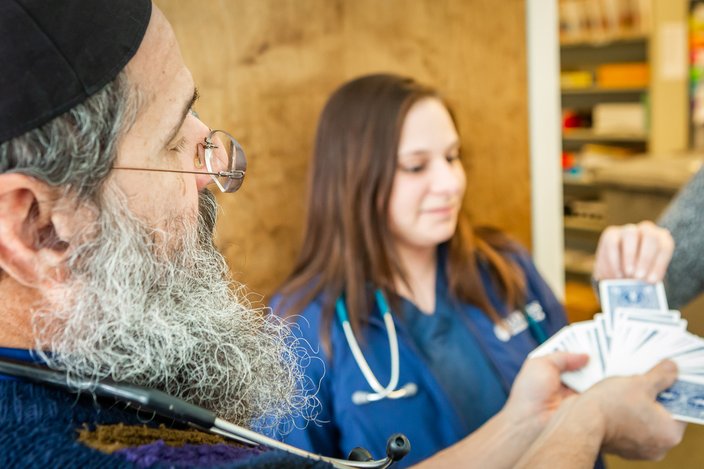 Dr. Howard Saul performs a magic trick in his office.

For Saul, the true magic is in the wonder on people's faces as they watch an illusion or trick unfold. That's "priceless," he said.

But he's not one of those magicians who won't reveal the secret to a trick. Saul enjoys teaching others so they can perform the trick or illusion themselves. He even stops and teaches kids and adults in the neighborhood. “Watching the glow on a grandmother’s face as she performs the trick for her grandchild is an amazing experience,” he said.

Impromptu magic is some of the best, according to Saul, who lives in Cherry Hill.

“Magic really is for everyone, whether you are 3 or 99. You can do it your entire life,” he said. “It opens up whole new world for you and it doesn’t have to cost a lot. All you really need is everyday objects and your mind.”

Sure there are higher levels of difficulty in magic but Saul believes everyone can learn one or two amazing tricks to pull out of thei hat on special occasions.

Magic utilizes all of our skills, especially hand-eye coordination and math skills for card tricks. It can really help kids struggling with math in school, and is a great way to pull kids away from the constant distraction of their cellphones, he said. A definite win-win.

When it comes to his own favorite tricks to perform, Saul said he doesn’t have any. The best trick is what an opportunity allows.

“Some tricks lend themselves to certain situations better so you just find what works best at that moment," he said. "Once you have the skills, it is like you have a magical tool box at your disposal.”

Saul takes his bag of tricks to area hospices and pediatric hospitals and enjoys teaching tricks to nurses and caregivers to share with their patients.

“This way we can keep the magic going,” he said.