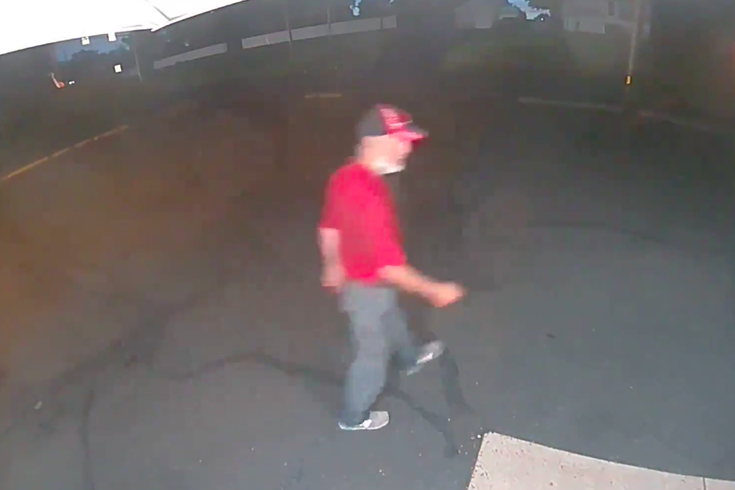 The man pictured above is suspected of stealing three ai -conditioning units from a business in Lower Southampton Township, Bucks County, on June 16, 2019.

As a blistering heat wave settles in across the Philadelphia region, authorities in Lower Southampton are searching for a man who allegedly stole several air conditioning units from a local business.

Police said the incident occurred around 9 p.m. Monday night at a property along Bridgetown Pike.

The owner of the property reported that three AC units and some computer equipment had been stolen.

Investigators released surveillance video of the suspect on Tuesday, describing him as the Freezy Perp.

"Officials feel that the thief enjoyed an alcoholic beverage while committing the theft since it appears he left an empty beer bottle as his calling card," police said in a statement. "He may also have advanced knowledge in meteorology and knew of the heatwave currently descending upon the local area as reasoning for the crime."

There didn't appear to be any other similar thefts in the area, but there's no telling how many suffocating rooms this man needs to cool down.

"If you know someone that appears to be operating an extraordinary amount of window AC units, we want to hear from you," police said. The Lower Southampton Township Police at 215-357-1235 or submit a tip."