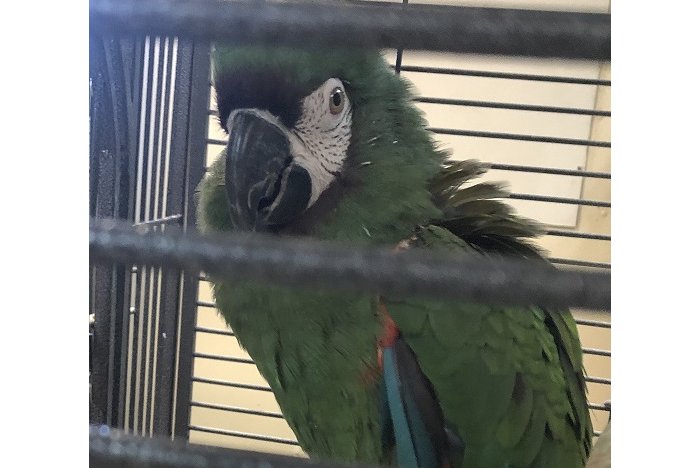 This parrot was stolen, along with two others, in an overnight burglary of Oley Turnpike Dairy, a dairy farm and exotic animal zoo in Berks County, Pennsylvania. It is the third case police are investigating of parrots being stolen in the Reading area this year.

Three parrots were stolen from the Oley Turnpike Dairy in Berks County between Tuesday night and Wednesday morning, police said.

The 49-year-old dairy farm and exotic animal zoo in Oley Township, near Reading, houses between 80 to 90 birds, according to the Dairy's website. The zoo includes a monkey house, llamas and alpacas, and a number of exotic birds.

Three of the farm's six parrots were stolen in the overnight heist, according to the Central Berks Regional Police Department. It's unclear if the burglary was conducted by one person, or multiple people, authorities said.

Oddly, police also believe the incident could be linked to two other still-unsolved burglaries from earlier this year, in which exotic birds were stolen elsewhere in the area.

In mid-February, a parrot was stolen from Diane's Pet Center in Reading, along with a cat. The cat returned, but the parrot remains missing.

Then, in late May, two parrots were stolen from Pena Auto Service in Reading. That heist was caught on surveillance camera, and showed a masked thief stealing the birds.

The owner of Pena Auto Service said he had owned the parrots, Charlie and Louis, for eight and four years, respectively.

Police are asking anyone with information on any of the three incidents to contact Detective Sgt. Deron Manndel at (610) 779-1100, extension 235, or via email at dmanndel@centralberks.org.