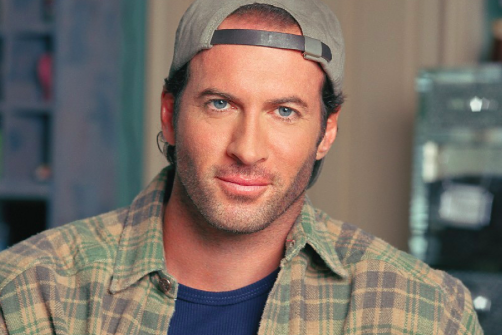 Philadelphians got a caffeine rush for the ages last fall when Netflix converted HubBub Coffee's Center City and West Philly locations into Luke's Diner, the set-piece hangout from the long-running comedy-drama "Gilmore Girls."

Scott Patterson, aka Luke Danes, is apparently more than the fictitious Stars Hollow diner owner famous for brewing coffee and smoothing over interpersonal drama. In real life, he's got plans to launch his own coffee brand in the near future.

The Philadelphia and Haddonfield native revealed the upcoming Scotty P's Big Mug Coffee in a recent interview with Wealth Management, where he discussed his newfound financial wisdom buoyed by the Netflix revival of "Gilmore Girls" released last November.

"I'm developing my own coffee brand. We're almost ready to launch, but we want to have our ducks in a row before we come out with it," Patterson said. "Quality coffee is something that I am obsessed with. It's the thing I look forward to every morning and throughout the day and throughout the evening and now throughout the middle of the night. It's going to be called Scotty P's Big Mug Coffee."

Clearly, Patterson was a disciple of method acting and is dead serious about coffee. The rest of the interview delves into the ups-and-downs of early financial success as an actor. Patterson acknowledged he had to learn the hard way, once losing $20,000 in a gamble on eToys, a casualty of the dotcom boom that was eventually acquired by Toys "R" Us.

The secret to managing wealth, according to Patterson, is pretty straightforward.

"It's to put as much of it away and invest in long term as you can," Patterson said. "Just get rid of it. Get it out of your sight; get it invested, so you can't touch it."