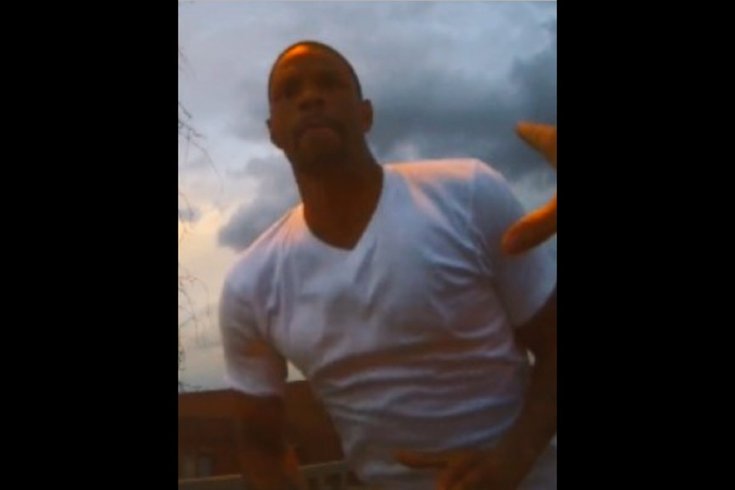 SEPTA bodycam footage captured a suspect accused in an attack on an officer in Southwest Philadelphia on Monday.

A man accused of attacking a SEPTA police officer in an incident that was captured on video has turned himself into police.

The incident happened around 7:30 p.m. Monday at 58th Street and Angora Terrace in Southwest Philadelphia, according to 6ABC, where transit police responded to calls of trespassers near the train tracks.

Bodycam footage shows Sgt. Lynn Perrone getting out of her vehicle when a man begins jogging up a set of steps toward her. Perrone tells him to "stop," before he's then reportedly seen using both hands to shove her to the ground.

"Pretty sure never in a million years you expect to be violently knocked down, simply just responding to find out why this person was inside of a track area," Sgt. Michael Wright told FOX29.

Perrone sustained head, neck and back injuries and was taken to a nearby hospital. She has since been released.

SEPTA Police Chief Thomas Nestel, who reached out on social media for the public's help in identifying the suspect earlier this week, thanked all those involved after an arrest was made.

"Combination of fabulous media coverage & great investigative work brought this to a swift conclusion," he wrote on Twitter on Wednesday night. "Thanks to all for their help & concern."