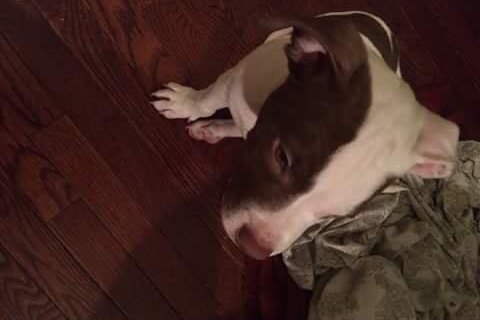 A man has been charged with allegedly killing a six-month-old pit bull with an axe, according to the Burlington County SPCA Humane Police.

According to authorities, Bijacsko said he "took him out" after the dog was causing problems.

The puppy was found in a recycling bucket at a motel on Route 130 in Florence Township on Monday night.

The owner of the dog was staying at the motel which did not allow pets on the premises. The owner arranged for Bijacsko to care for the dog.

When authorities questioned Bijacsko on Tuesday, he claimed the dog broke off a leash and was struck by a car. Bijacsko found the dog, placed the dog in the recycling bucket and returned the dog to the owner.

Police found no evidence suggesting the dog was struck by a car. Bijacsko couldn't tell police the location of the accident because he had been drinking.

Police returned to further investigate Bijacsko with the veterinarian's report. Bijacsko admitted he struck the dog twice with an axe to the back of the head.

The axe used to kill the puppy is in police custody.