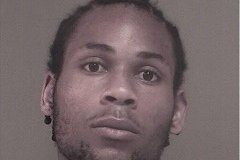 A New York man has been charged with making sexual contact with a teenager while waiting in line at Six Flags amusement park in Jackson Township, New Jersey.

According to the Ocean County Prosecutors Office, 21-year-old Ronnie Lacy of Manhattan allegedly made the contact with the 13-year-old female while queuing for the Batman roller coaster on Aug. 30.

The victim and witnesses at the park told authorities about the incident. The New York man has been charged with criminal sexual contact and endangering the welfare of a child.

Lacy is being lodged at Ocean County Jail in lieu of $100,000 bail with no 10 percent option. Nicole's Law has been imposed, meaning he is to have no contact with the victim.