The frontman of the seminal Philly band talks about “Use Your Delusion,” the chronicle of his time on the road 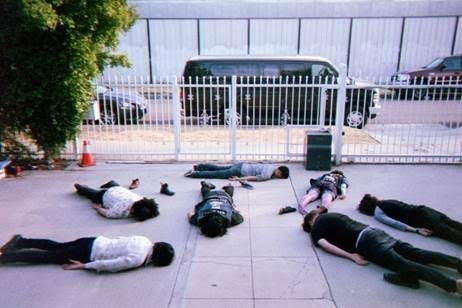 Ryan Kattner and his band, in the new film "Use Your Delusion."

From their inception in the early 2000s, Man Man was one of the Philly rock scene’s more beloved bands. A band whose sound was often described as “experimental,” Man Man’s had a huge following throughout its history, which began in 2001 and continued until a hiatus that began a few years ago.

The band’s frontman, Ryan Kattner, who performed under the pseudonym Honus Honus, released his first solo album, “Use Your Delusion,” back in 2016; when Kattner went on the road with a new band in support of that solo record, he allowed a documentary crew to tag along. The result was a feature-length documentary, also called “Use Your Delusion,” which had its world premiere recently at the American Documentary Film Festival in Palm Springs, Calif.

The day of the premiere, PhillyVoice talked to Kattner about his years in Philly, his time with Man Man and life as an unlikely documentary subject. He also hinted at what’s coming next for him.

The film, Kattner said, “came together the same way my entire career has come together as – a disharmonious accident.” He had brought filmmakers Jamie Vega Wheeler and Justin Carlton along with him on the tour of the west coast, with the idea being that they would come up with some footage to use as promotional material. But the filmmakers came up with enough footage that they realized they had enough for a full documentary.

“They found an interesting story there and were able to carve out a compelling narrative,” Kattner said.

While he was skeptical – “normally, I hate tour documentaries” – Kattner eventually turned around.

Kattner said it reminded him of “Stranger in a Strange Land,” the 1987 documentary about the Australian musician Nick Cave.

“I wanted people to feel engaged, like they were on tour with us,” Kattner said.

“I had a feeling it could turn into an ‘American Movie’ situation, and it did.”

The film also very much resembles the classic Canadian documentary “Anvil: The Story of Anvil.”

Kattner wanted the takeaway from the film to be that “being in a band is a family. It’s a Paul Thomas Anderson kind of family, but it’s a family – just doing this thing together, regardless of whether there’s any financial windfall and spoiler alert, there’s not.”

Indeed, the film shows the band playing tiny venues, at one point looking at an upcoming gig that has 12 pre-sold tickets.

For a hot moment there, it felt, this was different and stranger and the Philly water was surging. Now, it’s just classic rock again.”

But no matter the size of the venue, the film cements Kattner was one of the great rock ’n’ roll characters, a man with enough personality for five features documentaries.

Kattner came to Philadelphia in 1996 to attend the University of the Arts and then “started a strange rock band afterward, [that] led me on this odyssey that continues," he said.

After 2008, Kattner “floated” for another seven years.

“We were touring so much, but it didn’t make sense to have an apartment anymore.”

He’s now based in Los Angeles, where he has done work as as a music supervisor for the Fox TV adaptation of "The Exorcist" and the website Super Deluxe, as well as other music projects and occasional acting.

“We were lucky because we were embraced by the city. When Man Man started out, there was a weird scene percolating, this underbelly of weird art rock bands – [eventually] usurped by rock bands. For a hot moment there, it felt, this was different and stranger and the Philly water was surging. Now, it’s just classic rock again.”

Kattner said he last got back to Philly at the end of last year, as an east coast tour followed the west coast swing that’s depicted in the film. The man known as Honus Honus said he sees some promising things in the local scene.

“I love that band Palm,” he said, also name-checking Hop Along.

Following the premiere in Palm Springs, “Use Your Delusion” will remain on the festival circuit; there’s no word on a release date or when we may get to see it in Philadelphia.

What’s next for Kattner? Something that may gladden fans of his previous work. He says he’s working on a new record – and it’s not a solo effort.