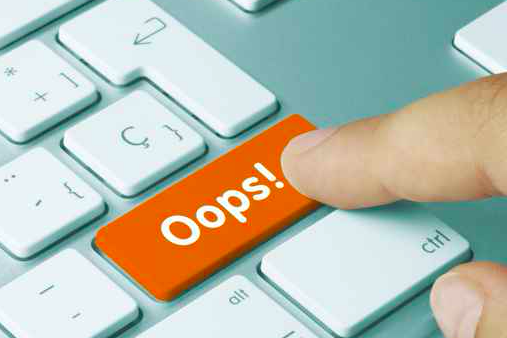 In what appeared to be one of the most cringeworthy small business disaster stories to emerge in some time, the owner of a web hosting service claimed to have irrevocably deleted his entire company after running a line of code that forced his computer to ignore typical purge warnings.

According to The Independent, Marco Marsala posted on a forum for server experts to troubleshoot what he later admitted was nothing more than a stunt. He claimed that accidentally vaporized the data of all of his 1,535 customers.

“Last night I accidentally ran, on all servers, a Bash script with a rm -rf {foo}/{bar} with those variables undefined due to a bug in the code above this line," Marsala, an Italian citizen, wrote last week on the Server Fault forum, run by Stack Overflow.

The command Marsala referenced effectively forces a computer to ignore even obviously calamitous prompts, deleting everything specified by the script. While "rm" tells the computer to remove, "r" deletes all data in a given directory and "f" forces the computer to override warnings. As for {foo}/{bar}, it's just a placeholder in computer science terminology for any unspecified variable, function or command. In this rare case, it also seemed to signify the same thing as FUBAR.

On the forum, Marsala said the code also deleted all of the backups he created to protect himself from this bogus scenario. Users on the forum largely agreed that Marsala had little chance of recovering his data, short of immediately shutting everything down and turning the wreckage over to a top-tier data recovery company. That would come at an extremely high cost and likely wouldn't work, anyway.

Some commenters were harsh, bashing his design and suggesting he call an attorney to address the fact that he zapped the websites of his customers.

But then Marsala spoke to an Italian newspaper and admitted the entire ordeal was a hoax meant to gain publicity for his company. Server Forum moderators eventually picked up on the story and realized their community had been pranked,

"The moderators on Server Fault have been in contact with the author about this, and as you can imagine, they're not particularly amused by it," Stack Overflow said in a statement.