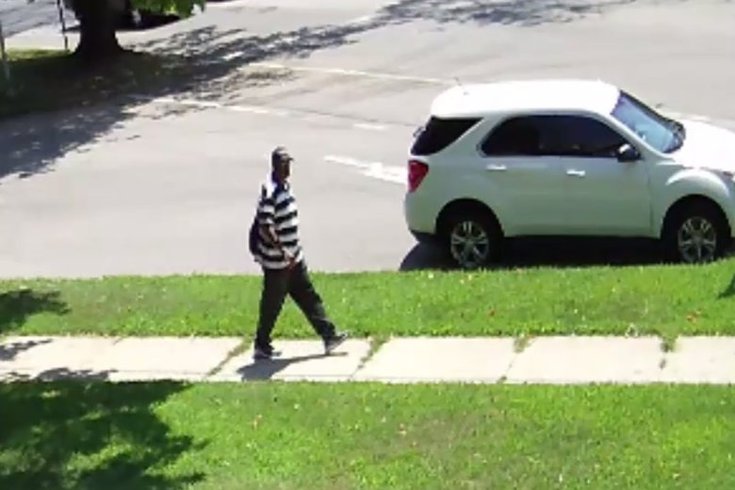 This suspect is wanted for two burglaries in Overbrook.

A man who is a person of interest in one burglary earlier this summer is wanted for stealing multiple items from a home in the Overbrook section of Philadelphia.

According to police, the suspect was seen on surveillance video surveying the complainant's home on the 5400 block of Woodbine Avenue around 12:30 p.m. on August 4.

Then, the suspect allegedly forced his way into the complainant's home and took assorted jewelry, an iPad, and a camera. He then fled in an unknown direction.

The suspect is also a person of interest in connection with a burglary that occurred on the same block on July 17.

Police describe the suspect as a black male who is seen on surveillance video wearing a T-shirt with white and dark colored stripes, dark colored pants and shoes, and a baseball hat. He was also wearing a backpack.

Surveillance video shows the suspect wanted for the burglary: