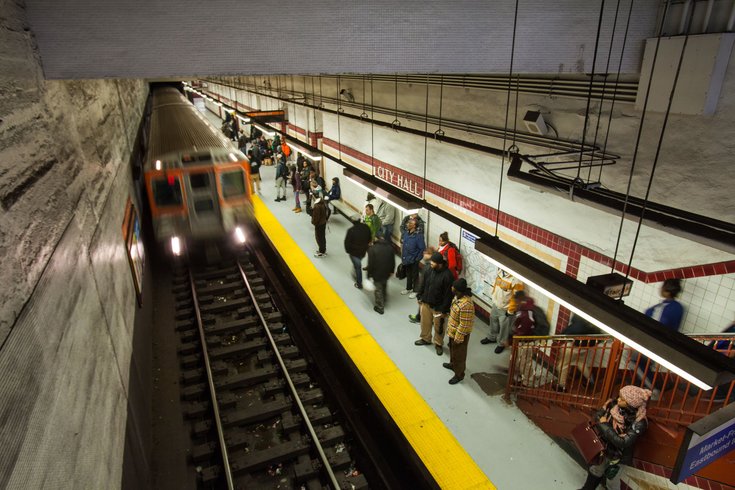 A person of interest is in police custody following the violent sexual assault of a 17-year-old girl on a southbound platform of SEPTA's  Broad Street Line in Center City.

Officials say the incident occurred just before 10:00 p.m. Tuesday and was captured on security cameras. The suspect reportedly grabbed the girl on the southbound platform of the City Hall Station, on the 1400 block of JFK Boulevard. He then held the 17-year-old at gunpoint and forced himself on the victim, performing a sexual act, before fleeing the scene.

"It is concerning anytime something like this happens. This is an unusual event for us. This is horrifying. We want to catch this person. He is the No. 1 most wanted person at SEPTA right now. What he did was vile,"  SEPTA Police Chief Thomas Nestel said in a statement released after the incident.

Transit Police have made this man the #1 Most Wanted Person for a gunpoint sexual assault of a 17 year old girl. Help us identify him and bring him to justice! Know him? PLEASE call 215.580.8111. pic.twitter.com/xavhxtKyB4

Authorities had described the suspect as armed and in his 20s. Surveillance footage shows him wearing a tan hat and white, hooded sweatshirt with blue and red stripes on the sleeves. He was wearing grey sweatpants and red sneakers. It is believed he frequents the Walnut/Locust Station and may also frequent the Olney Transportation Center.

A man fitting this description was taken into custody at SEPTA's 69th Street Transportation Center in Upper Darby on Wednesday. Police said he was carrying an illegal firearm.

The Philadelphia Police Department Special Victim's Unit is leading the investigation with SEPTA Police Department investigators. In light of the assault, SEPTA said it is increasing its patrols and has shared the suspect's photo with all 900 of its employees.