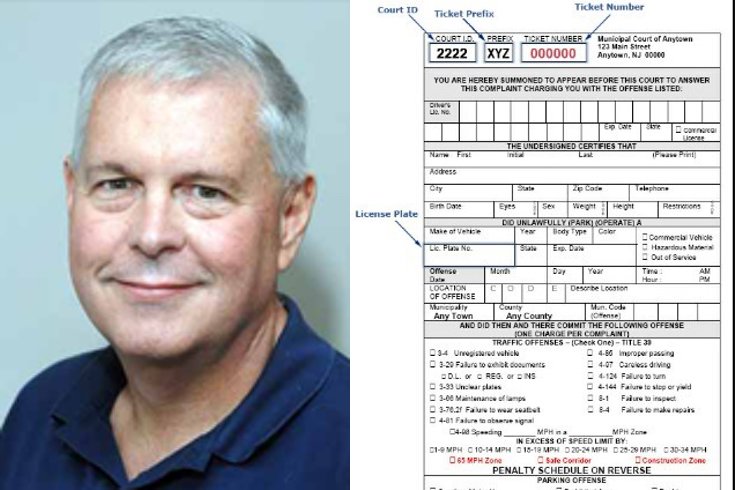 Dave Coskey wrote New Jersey State Police a thank-you note after a trooper pulled him over for speeding.

Speeding tickets are usually accepted begrudgingly. Not for Dave Coskey, who was pulled over on the Garden State Parkway on Sunday. He couldn't have been more grateful.

New Jersey State Police said Thursday they received a rather unusual note — a thank-you letter for a speeding ticket.

According to police, Coskey wrote to them to praise the trooper who pulled him over.

Coskey wrote that he was embarrassed when the trooper explained that he had been speeding – he claims he's driven more than 100,000 miles a year for the past 10 years and hasn't been stopped for at least 15 years.

But it was what the trooper said after issuing the summons that struck Coskey.

"He could have easily handed me the summons and walked away," Coskey wrote. "But he didn’t --- he said, 'Truthfully, we’re not out here to only give out tickets but I’m not sure if you are aware or not – but we’ve had some recent fatal accidents on this part of the Parkway and we’re really trying to get people to slow down – to save lives.'"

Coskey added that he was struck by the sincerity of the trooper's words and wrote that the trooper — who wished to remain anonymous — drove behind him to make sure he could safely re-enter the highway.

"He seemed like a pretty young guy and it appeared that his comments and suggestions were nothing but sincere," Coskey wrote. "I was really impressed with how he presented himself."

Coskey is the general manager of Longport Media, which operates several South Jersey radio stations. He said he would discuss the encounter on News Talk 1400 WOND and how the trooper is a "great reflection on the NJSP."