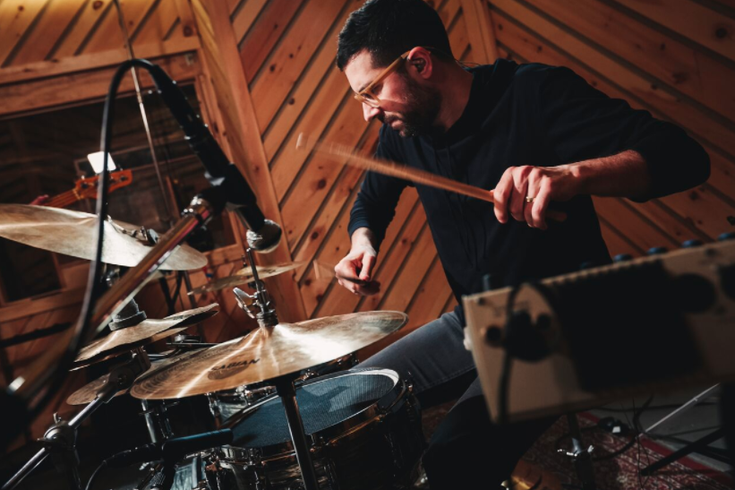 He made a name for himself with star sessions and sparkling, leader albums that show off his brand of innovation. Side jobs and studio gigs with Avishai Cohen, Matisyahu, Brad Mehldau and Dave Douglas--as well as solo albums “Mehliana: Taming the Dragon” and “Family First”--made Guiliana a go-to guy when it comes to wild, spacey rhythm. Yet, it was his work with saxophonist Donny McCaslin, and the gigs at New York City’s Bar 55, that caught the eyes and ears of David Bowie, who made that ensemble his backing band on what would be his last album, 2016’s “Blackstar.”

Almost two years after “Blackstar”’s release and Bowie’s death, Guiliana is a changed man due to the experience. His quartet plays an Ars Nova showcase at the Philadelphia Art Alliance tonight for his new album, “Jersey."

The hype and press that the drummer said he experienced after Bowie’s passing was explosive, if not overwhelming.

Every decision, whether composed or improvised, has to come from a place of honesty and respect for the music."

“I will be forever grateful to David for the opportunity to work so closely with him on 'Blackstar,' said Guiliana.

“The outside attention has been nearly unanimously positive, but, it can also serve as distraction. The real reward, then, is the music that he left behind and the memories and inspiration of working with a one-of-a-kind genius like him.”

Beyond Bowie and “Blackstar,” however, the drummer-composer continues to have hard, specific requirements (such as “honesty”) when it comes to any new music he makes.

That same frankness is what drives Guiliana’s “Jersey,” especially since--for the first time--the drummer and his group move away from the strangely ambient, play it straight, and go acoustic.

“After almost 10 years of electronic-inspired releases as a leader, it felt like the right time to create a band and repertoire that worked within a purely acoustic environment,” said Guiliana.

“I wanted to humbly make my own statement. There is nowhere to hide. Every decision, whether composed or improvised, has to come from a place of honesty and respect for the music. It is when we play from this perspective that our best musical moments appear. What you hear on ‘Jersey’ is a snapshot of this approach.”

With that, the finest moments of “Jersey” expose themselves with more structure and melody than his electronically derived albums and their reliance on groove and atmosphere. 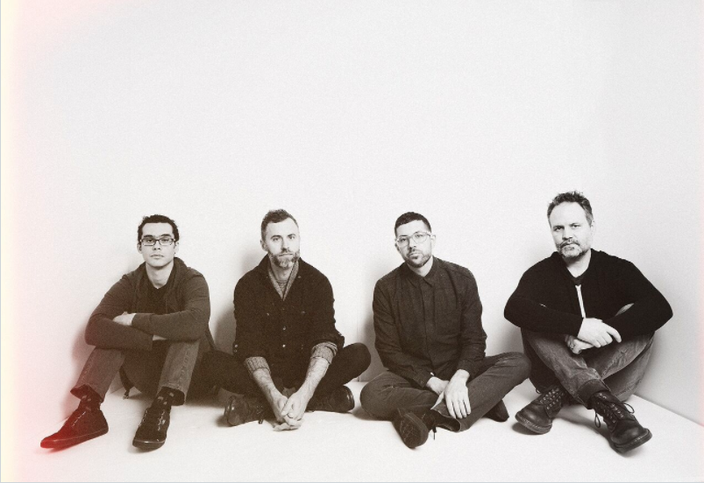 “After almost 10 years of electronic-inspired releases as a leader, it felt like the right time to create a band and repertoire that worked within a purely acoustic environment,” said Guiliana.

As for heading into acoustic jazz from an exclusively electronic perspective, the drummer stated that, “I approach both musical worlds in the same way. My goal is to always be present and support the music the best I can. Artistically, it is extremely satisfying to have these two quite different musical worlds to express a wide variety of ideas. As the instrumentation changes, as well as my specific setup, it inspires new choices and directions in the music.”

“Jersey” is spiked with originals from Guiliana and his longtime bassist, Chris Morrissey. Yet, one curious addition to the drummer’s new album is one of Bowie’s loveliest amongst his latter day set of songs: “Where Are We Now?” from 2013’s “The Next Day.”

Guiliana said that the easy answer to why he chose that brooding Bowie ballad is “that I love that song. But also, I wanted to pay tribute to him in a way that is very different from ‘Blackstar.’ Our version, a stripped-down ballad, is my “thank you” note to him.”