The German singer-songwriter is riding a wave courtesy of her initial hit 'No Roots,' which she'll showcase in town this week 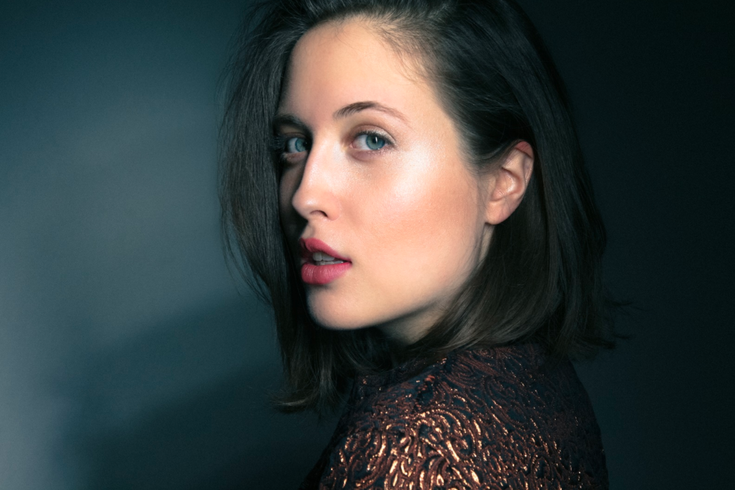 Tell All Your Friends PR/for PhillyVoice

The nomadic life of a musician has been no big deal for Alice Merton.

“It’s been fine,” Merton said while calling from a Berlin studio.

“I’ve lived in four different countries. I feel most at home here in Germany, but I’ve been all over the place. Going from one place to another is normal for me.”

RELATED READS: The California grass wasn’t greener for Circa Survive’s Anthony Green | Is rock really dead ... and can the venerable genre co-exist with hip-hop? | Rapper Hoodie Allen may just be funnier than his namesake, Woody Allen

Merton, 24, was born in Germany but grew up in Canada and England. The perky singer-songwriter spent a year in the United States.

“Living in Connecticut had a pretty big impact on me. I love America,” Merton said.

Merton is flying to the states to showcase songs from her EP, “No Roots.”

The title track is apt. The song, which is Merton’s sonic autobiography, hit the top of the charts in France and peaked at number two in Germany shortly after its February release. The catchy single, which is scoring regular play on XM’s alt rock outlets, will be delivered Wednesday at Johnny Brenda’s.

“'No Roots' is my life story,” Merton said. “I’ve always been restless. The song conveys how I feel.”

Even though Merton studied music throughout her childhood and attended the prestigious conservatory Papakademie in Germany, the singer-songwriter never thought a career in music was feasible.

“I didn’t think that I would be good enough,” she said. “I just thought music would be a hobby. I’m lucky I gave it a shot.”

The cerebral entertainer took a chance and succeeded partly since she writes what she knows.

“I’m a pretty direct songwriter,” Merton said. “You know how I feel when you listen to these songs. I write from what’s inside of me.”

Merton believes that her left-of-center pop comes from listening to a variety of styles of music when she was a teen.

Fans will find out what her new sound is all about at Johnny Brenda’s in Fishtown.

“You’ll hear quite a few songs that are on my [forthcoming] album,” Merton said.

“The fresh material is special to me since it’s songs from my first, full-length album. The album will be out next year.”

In the meantime, Merton will be living the life of a nomad.

“I’ll be going from city to city once again,” Merton says. “When I sing 'No Roots,' it’ll be from experience. I know what I’m talking about. But it works for some people. I have wanderlust. This is the best job for those of us, like me, who have wanderlust.”