The band plays in Philly for a hometown gig 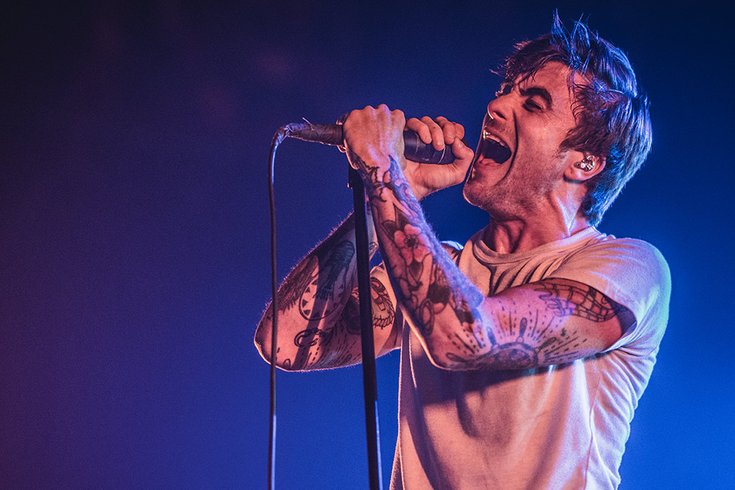 Anthony Green, frontman for Circa Survive, came back to Bucks County. "...California wasn’t the place for me," he says. "I love living in Doylestown and coming into Philadelphia."

Pink left Doylestown for California but not every D-Town singer-songwriter has stayed in the Golden State.

Circa Survive frontman Anthony Green called California home prior to returning to his native Doylestown. In 2003 Green fronted Saosin, which signed a major label deal, but he left the band and the West Coast to come back to the Delaware Valley. He formed Circa Survive in 2004.

“A lot of people from this area who leave for the other coast don’t come back from California,” Green said while calling from Silver Spring, Maryland. “I don’t blame them, but California wasn’t the place for me. I love living in Doylestown and coming into Philadelphia.”

Green resides in the tony Bucks County borough and frequents Philadelphia, where his band will play Friday at the Electric Factory.

“It’s always a special show when we perform in Philadelphia,” Green said. “We’ve played so many shows there and the fans in Philly are so supportive. It’s cool playing there since it’s close to where it all started.”

Circa Survive is touring behind “The Amulet,” which dropped in September. The band’s sixth album is composed of melodic tunes, which are urgent and melancholy. 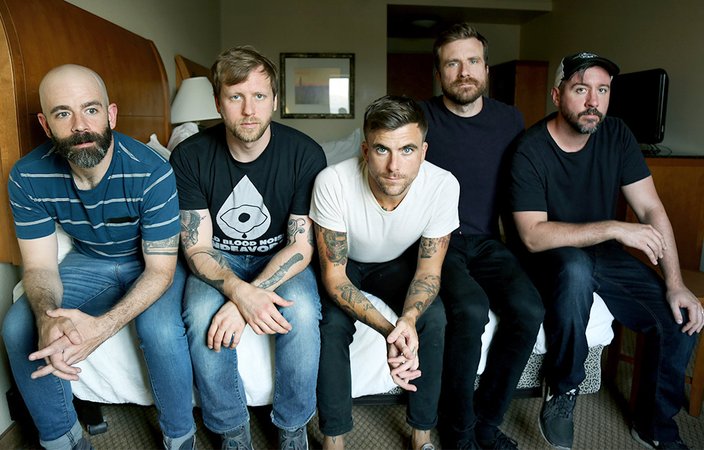 Circa Survive plays at the Electric Factory on Friday and Saturday.

“The Amulet” represents where we are now,” Green said. “We worked so hard on this album. It’s a snapshot of a moment. “

The post-hardcore band is seven albums in and will apparently be around for the long haul. “That’s the plan,” Green said. “We all get along in this band. If that wasn’t so, we wouldn’t be doing this.”

The lineup, which is filled with Doylestown natives and residents, has never changed. Guitarists Colin Frangicetto and Brendan Ekstrom, bassist Nick Beard and drummer Steve Clifford have worked with Green since the beginning and give him space for solo projects and more.

Green, 35, can have it all. The members of Saosin reached out to him about returning in 2014 after vocalist Cove Reber quit the band. Green accepted and somehow works with the band when he can. It’s a herculean feat considering that Green has four youngsters at home. An indie rocker with four little boys, ranging from 1 to 7, living in an affluent town is hardly typical.

“It’s not the usual,” Green said. “There’s no doubt about that. But my family is the most important part of my life. I have to do my best for them and battle my demons.”

Green, who is also working on a solo album, has battled drug and alcohol issues for much of his life.

“I’m in a good space right now,” he said. “I have my family and my band and I have a lot of music in me. We’re on this tour and it feels good and I have feeling it will feel even better when we come back to Philly. I’m sure it’s going to be a good night. I expect a lot of energy from the crowd and from our band. We’ll be excited.”

Circa Survive will co-headline with Thrice on Friday at the Electric Factory, 7th and Willow streets, Philadelphia. Tickets are $34.50. Showtime is 6:45 p.m. For information, call 215-627-1332 or click here.