Fultz has been saying 'Trust the Process' longer than Sixers fans: 'I thought I came up with it' 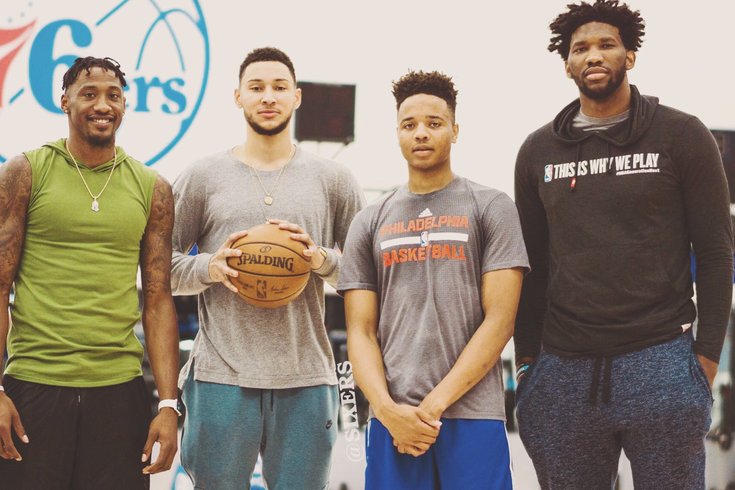 Markelle Fultz is going to fit in just fine in Philly.

During his media availability on Wednesday, one day before the Sixers are expected to draft him first overall, the Washington guard and Maryland native was asked about many things, from his workout on Saturday in Camden to his goals in the NBA.

And, of course, Fultz was asked about his familiarity with "The Process" that has become synonymous with Sixers basketball.

His answer? A bit surprising – in the best possible way.

Apparently, Fultz is has been trusting the process for years, just not the same one Sam Hinkie initiated initiated in Philly. Here's the video from Keith Pompey of The Philadelphia Inquirer (fast forward to 1:15 for the question about The Process):

See, the phrase "Trust the Process" didn't really become a thing until 2015 – although I'm sure Hinkie had been preaching it behind closed doors long before then. Fultz's sophomore year was the 2013-14 season, just after Hinkie's arrival. Basically, there's no way he could've heard it from Sixers fans back when he was cut from varsity; he came up with it on his own.

It's technically not official yet, but let me be the first to welcome Markelle to Philly.

And head over to Keith's Twitter page for a bunch more videos of Fultz's interview.