The film, directed by Pennsylvania native and fellow Birds fan Kyle Thrash, will be released in November 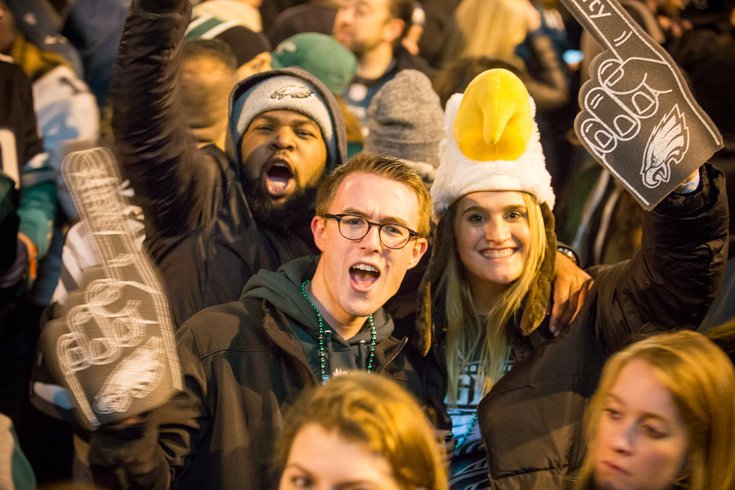 'Maybe Next Year' tells the story of the Eagles winning their first Lombardi Trophy in franchise history through the eyes of the team’s fan base.

The 2020 NFL season has not been a pleasant one so far for Eagles fans, as the Birds currently sit at 1-4-1 through six games.

But for those who are looking for a pick-me-up and a flashback to happier times at Lincoln Financial Field, a documentary on Eagles fans during the 2017 Super Bowl season is coming out next month.

The film, titled “Maybe Next Year,” tells the story of the Eagles winning their first Lombardi Trophy in franchise history through the eyes of the team’s loyal, yet tortured, fan base.

The film focuses primarily on four diehard fans: Jesse, a man who's part of a multigenerational family of Eagles fans; Barry, a Berks County native who has built an Eagles-themed man cave in his home; Eagle Shirley, a frequent sports radio caller who is familiar to fans of the WIP Morning Show; and Bryant, a fan who is famous for his obnoxious and profane YouTube rants after Eagles games under a very different name.

The documentary is directed by Kyle Thrash, a Pennsylvania native and Drexel alum, who said that he was inspired by his own Eagles fandom while growing up when creating this project.

“The passion for the Eagles grew inside me over the years so when I was looking for my next project, I knew there was no better place to go,” Thrash wrote on the film’s website. “I set out to explore fandom with objectivity and to provide an honest, reflective inside-out view of the most stigmatized fanbase in the country.”

“Maybe Next Year is a love letter to my favorite place on earth and an ode to everyone who waited their entire lives to be called champions,” Thrash continued. “There was something in the air that year and I was drawn to it the same way I was drawn to the Vet as a kid. I hope this film means as much to the city and its people as they do to me.”

The documentary, which took two years to produce, is Thrash’s film feature debut. He told PhillyVoice in an interview last year that he originally envisioned it as a documentary short by filming tailgaters and other fans during early-season home games, but that it eventually evolved into something much bigger.

“Football means so much to people," Thrash said. "It's really like a tribal thing. You find your tribe, this group together that on Sunday you can put all your differences aside, put your work aside, and put your woes aside to come together and be united and cheer for one thing. It becomes more than a sport very quickly."

The recently released trailer for the documentary can be viewed below.

The film is slated to come out on Tuesday, Nov. 10, and is available for pre-order online.

In the meantime, a number of drive-in screenings of the documentary are being held across the Philly area over the next two weeks, including at the Navy Yard in South Philly and the Greater Philadelphia Expo Center in Oaks, Montgomery County.