The film is directed by Thom Zimny, who worked with The Boss on his Broadway show and 'Western Stars' motion picture 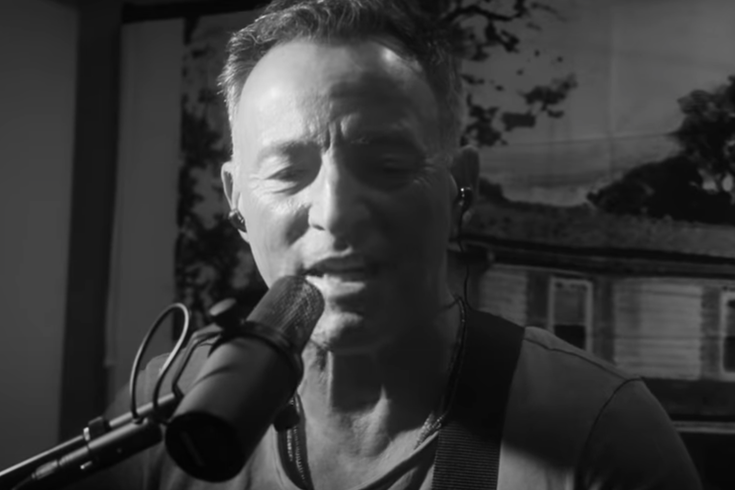 'Bruce Springsteen's Letter to You' documentary featurse behind-the-scenes footage of Springsteen and The E Street Band performing together over the years, including as they recorded the band's first album since 2014.

If E Street Nation was not already fired up enough for Friday's release of Bruce Springsteen and the E Street Band's new album "Letter to You," here is another reason to get excited for the big day.

The documentary will feature behind-the-scenes footage of the band performing together over the years, including video from the recording sessions for the new album. It is directed, produced, and edited by Thom Zimny, who has worked with Springsteen on a number of projects over the last 20 years.

Zimny won an Emmy for his directing skills on "Springsteen on Broadway" and earned another nomination for the 2018 feature film. He co-directed Springsteen's "Western Stars" motion picture in 2019, which came out in conjunction with The Boss's solo album last year. Zimny also is known for his work on the first three seasons of HBO's "The Wire,"

You can watch the official trailer for "Bruce Springsteen's Letter to You" below.


"Letter to You" is the first studio album delivered by Springsteen and The E Street Band since 2014. The album was recorded at Springsteen's home studio on his farm in Colts Neck, Monmouth County.

The 12-track album, which will be the 20th of Springsteen's career, will include nine newly-written songs and new recordings of three previously unreleased songs from the 1970s. Two of the album's songs, "Letter to You" and "Ghosts," have already been released as singles.

In an interview with the New York Times, Springsteen said that it's the first record he's made where the music is the actual subject.

"It's about popular music," Springsteen said. "It's about being in a rock band, over the course of time. And it's also a direct conversation between me and my fans, at a level that I think they've come to expect over the years."

Apple Music subscribers are able to attend an exclusive album release event on Thursday night at 11 p.m. ET. The album is available for pre-order, too.

Fans had speculated about an upcoming album for several months following teasers from Springsteen, E Street Band members and others associated with the group.

The only question remains whether Springsteen will head out on tour with The E Street Band. But that might not be happening anytime soon due to the COVID-19 pandemic. The group last toured the United States four years ago during The River Tour in 2016.