Only tickets for 7 p.m. showing remain 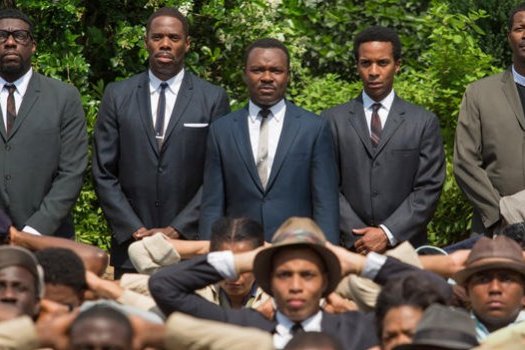 A scene from the Oscar-nominated film.

The city of Philadelphia announced in a press release Friday morning, Jan. 16, that Mayor Michael Nutter will attend one of three special screenings of "Selma" at the Pearl Theatre at Avenue North on Saturday.

Those three screenings, funded by Citizens Bank, are separate from the "Students for Selma" initiative PhillyVoice.com reported on Monday, which has local individuals and businesses underwriting free screenings of "Selma" for Philadelphia students in grades seven, eight and nine. The City Hall release added that that particular program has raised $44,000 from Henri G. Moore, Les Brun, Charisse Lillie, Harold Epps, Shelley Stewart and Lydia G. Mallett.

The Saturday Pearl Theatre event, meanwhile, is open to all 13- to 21-year-olds; only tickets for the 7 p.m. showing remain (to grab tickets, email mbkphilly@phila.gov). Nutter will reportedly attend the 4 p.m. screening.

“We want to encourage as many young people as possible to watch 'Selma' in order to understand what it was like during the civil rights movement. It is one thing to read about these events, but it is a different experience entirely to see it played out on screen,” Nutter said in the press release. “I hope that seeing the film will give students a better understanding of not only the life of Dr. King and so many others who fought for equality, but also the combination of strategic planning, cohesive messaging and grass-roots organizing that fuels a movement of this magnitude. In light of recent events across the country and with the Martin Luther King Day of Service this month, the timing of the release of this film could not be more relevant. I want to thank all the generous sponsors who donated to this effort.”