Manager of McCormick & Schmick's robbed at gunpoint in Center City

Incident occurred inside the restaurant early Sunday; Police say employee was tied up while suspect stole cash from safe 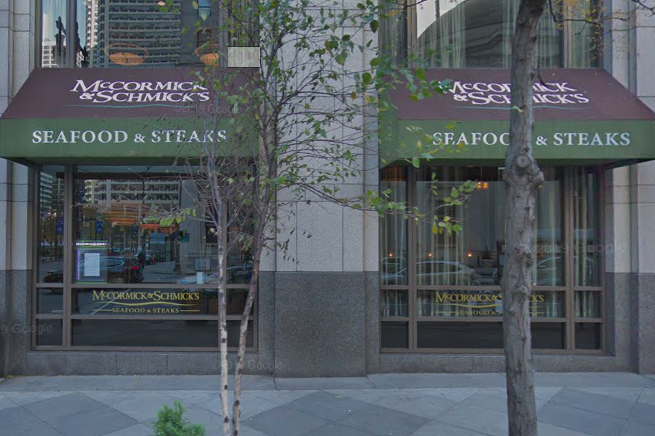 The manager of popular Center City seafood restaurant McCormick & Schmick's was robbed at gunpoint over the weekend, according to police.

Officials said the incident occurred at around 1 a.m. on Sunday at the restaurant located at 1 S. Broad St.

The victim, a 36-year-old male, was closing up the business when he was approached by an armed male suspect, police said.

The suspect allegedly demanded cash from the manager, tying his hands and removing an undisclosed large sum of cash from a safe before fleeing the scene on foot, police said.

No arrests have been made and the investigation remains ongoing.

Anyone with information about this incident is asked to contact Central Detectives at (215) 686-8477.