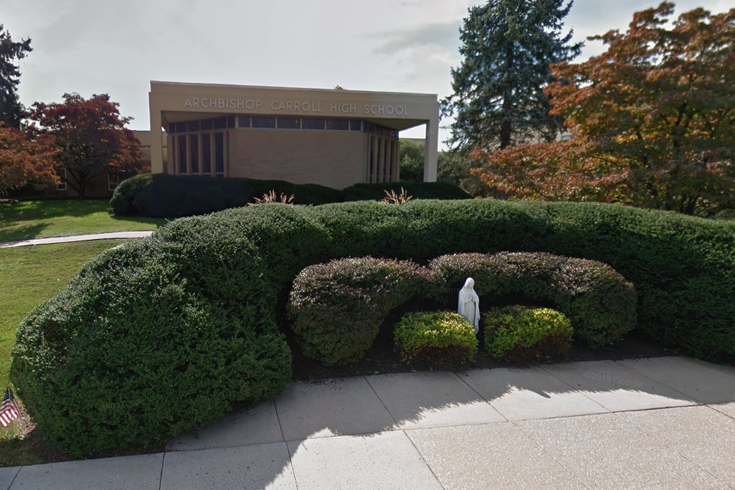 Jeremiah Triplett, 30, of Dresher, Montgomery County, is charged with institutional sexual assault, unlawful contact with a minor, endangering the welfare of a child and related offenses. He was due in court on Wednesday to be arraigned.

On March 26, Radnor police began investigating after receiving a report of possible child abuse from Children Youth Services in regards to Triplett's relationship with a female student. Police allege that during the school year Triplett had provided two students with THC-infused brownies and "fire crackers," or Nutella-filled crackers laced with THC, as well as gummy bears containing CBD oil and "shopping bags full" of mini-liquor bottles.

Triplett also allegedly vaped nicotine and THC products with the minors and blew the smoke into each other's mouths during school hours, police said. Triplett allegedly kissed one student on multiple occasions and grabbed her buttocks, telling her "he could not wait until she turned 18 years old," according to police.

The the criminal complaint also alleges that one of the female victims had sexual intercourse with Triplett in his office at school.

“Jeremiah Triplett used his position of trust and authority as a teacher to prey on students and endangered their health by providing them with THC infused food,” Delaware County District Attorney Katayoun Copeland said in a statement.

CBS reported Triplett has been placed on administrative leave.