Customer had asked the restaurant's employees to give him vegetable oil to lubricate his hair clippers, police say

It can sometimes be annoying when customers come up with esoteric dining requests, but one McDonald’s customer in Delaware may have trumped them all.

A man was arrested February 15 after making a strange request under the Golden Arches – and then revealing his firearm when it was denied, according to Delaware State Police.

It all started when Robert C. Oldham, 40, reportedly rode his bike to a McDonald’s off Kirkwood Highway in Wilmington, Delaware, around 6:05 p.m.

His request had nothing to do with actual food;  he went in to ask for some vegetable oil to lubricate his hair clippers. 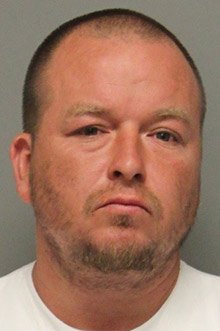 Two employees explained they could not help him because it was against company policy, allegedly sending Oldham into a disruptive, argumentative fit, culminating in him lifting up his shirt and revealing a black pellet gun tucked into his waistband, according to state police.

According to a state police, Oldham allegedly said, “I’ll get my oil one way or another.” He then fled the scene on his bike.

The employees called authorities and Oldman was soon tracked down and taken into custody, where he was found to be in possession of a black, handgun-style pellet gun, according to state police.

Oldham charged with two counts of aggravated menacing, one count of terroristic threatening, and one count of carrying a concealed dangerous instrument, state police said.

Next time, just get some beard oil, guy.