Even if the bill passes, there are questions whether Gov. Phil Murphy will support it 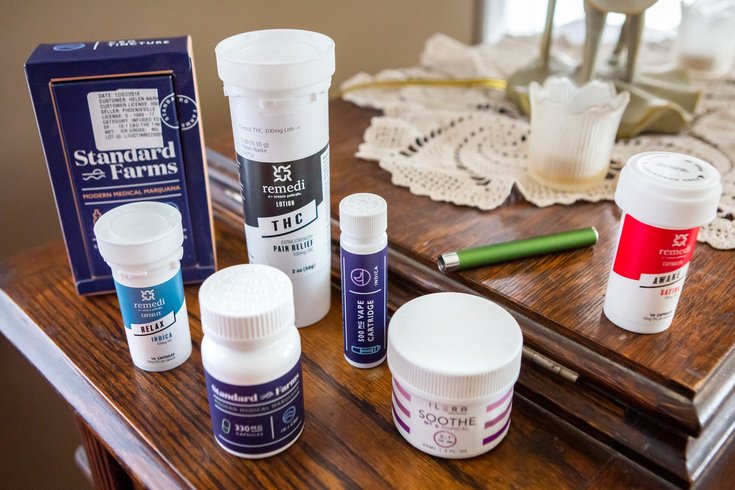 The New Jersey Senate votes on Thursday on a bill that would expand the state's medical marijuana laws. It would increase the number of marijuana growers and providers and allow for the home delivery of medical marijuana.

The New Jersey Senate is expected to vote Thursday afternoon on a bill that would expand the state's medical marijuana laws by increasing the number of licensed growers in the state and allowing for the home delivery of marijuana, along with other provisions.

The bill also calls for the gradual elimination of New Jersey's 6.625% sales tax on cannabis products by January 2025.

If it passes and is signed into law by Gov. Phil Murphy, as it's written, New Jersey could increase its number of medical marijuana providers, and it would create a new oversight commission for the prescribed substance.

But there are questions about whether Murphy will sign the legislation. NJ.com reported Thursday that the governor does not support portions of bill and may partially veto it.

Medical marijuana was legalized in New Jersey in 2009. This expansion bill passed the New Jersey Assembly on Thursday, May 23.

Currently, N.J. only has six licenses approved for medical pot growers/dispensaries. Another six recently received approval by the N.J. State Department of Health, but those licenses have not been issued yet.

The bill caps the total number of medical cannabis cultivator permits at 23, and the state's goal would be that 30 percent of those licenses would be held by women-, minority, and veteran-owned companies.

In addition to allowing prescription pot to be delivered, the bill also would allow patients to ingest marijuana onsite in a designated area within dispensaries.

This vote to expand medical marijuana's presence in the state comes after a failed attempt by New Jersey to legalize recreational marijuana, despite support from Murphy. After the marijuana legalization bill could not pass in the Senate, New Jersey will put the decision of whether or not to legalize pot to a voter referendum in the November 2020 election.