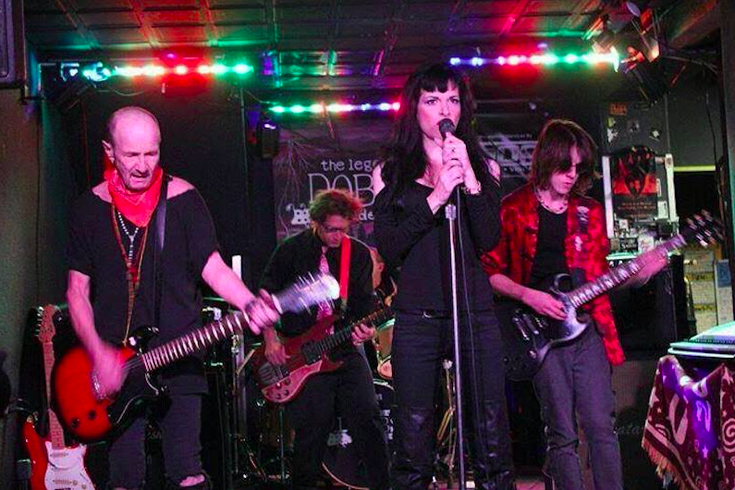 Freddy Pompeii, left, plays guitar during a local 'Fight F*** or Dance' concert about two years ago. The punk-rock icon died of lung cancer in Philadelphia on May 13, 2017.

Friends will gather next weekend to remember his life and celebrate his legacy.

In a series of interviews at the Penn Center for Rehabilitation and Care in University City this spring, the 70-year-old spoke about the fight for his life and how he hoped to take the stage again as he did with bands like The Viletones.

“Tonight, the world lost a legend and I lost my best friend,” wrote Dana Michael, one of Pompeii's many friends, upon his passing. “But, Freddy Pompeii died the way you would've pictured: surrounded by women."

Pompeii was also warmly remembered by Rodney Anonymous, a fellow Philadelphian and frontman for The Dead Milkmen.

While a Philadelphian through and through, Pompeii made a lasting mark in Canada, where he was part of Toronto’s upstart punk scene. 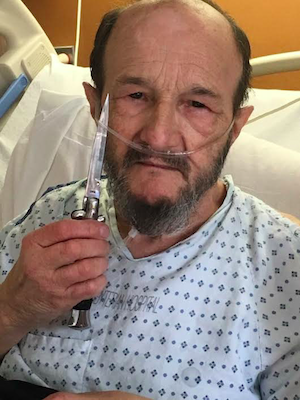 During his hospital stays, friends would visit to lift Freddy Pompeii's spirits. He would lift theirs, too.

“Obviously he was significant, being involved in one of the very first punk rock bands here, and the band that I think was the premiere punk rock band in Canada,” Toronto punk historian Don Pyle said in an obituary on NowToronto.com. “He was also so generous in supporting other artists. He was friendly and not competitive, funny and really goofy. He always wanted a good laugh.”

While costs have been covered for the memorial, anyone who wishes to donate to the Freddy Pompeii Musician Fund can do so by finding Margaret Barnes DeColle, Freddy's ex-wife and caretaker, at the event.