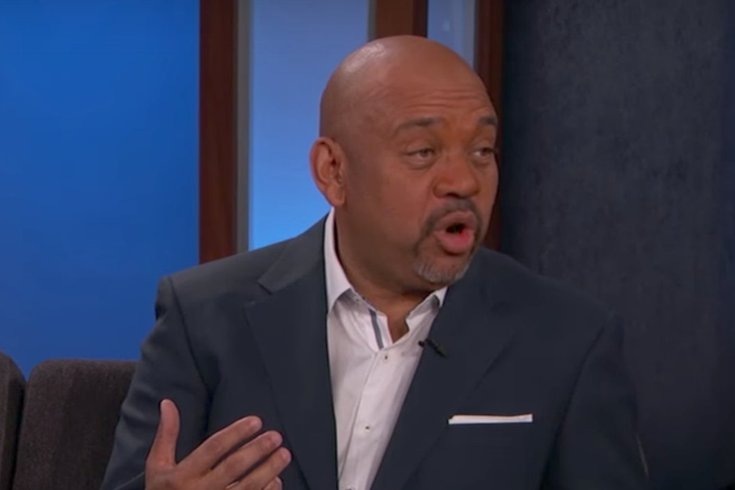 Look at this guy.

You should not give an Eagles fan a 20-ounce dark roast coffee from Wawa, access to a computer and the ability to publish articles on a news website the morning after a big Birds win, because I am fired up right now and ready to drag everyone from opposing fans to media personalities all day.

Moving on from this violent dweeb, let's turn our attention to ESPN host Michael Wilbon, who, during "Pardon the Interruption" on Thursday, used a segment about the Cleveland Indians to randomly and unnecessarily diss Eagles fans.

After talking about Cleveland's fans and how gosh darn nice they are, he said this:

Unlike Colin Cowherd, I won't dissect why Wilbon is wrong. Instead, here's his Twitter handle: @RealMikeWilbon. Do with that what you will.