Mike Missanelli out at 97.5 in a shocker 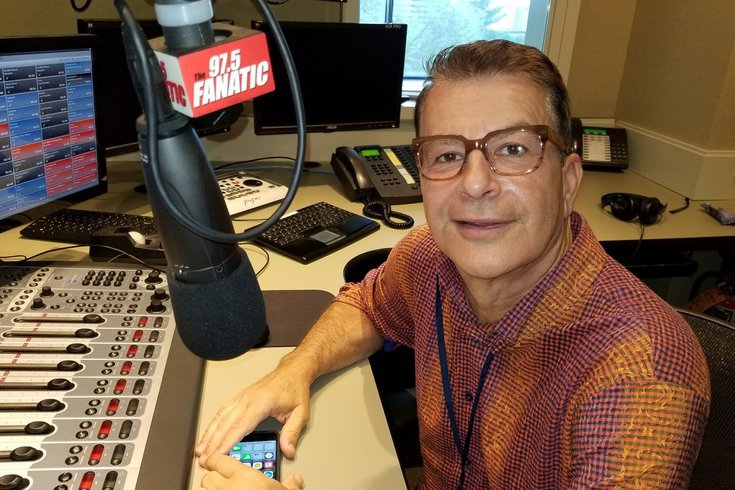 Mike Missanelli, host of the afternoon Philly sports talk show on 97.5 The Fanatic, will moonlight as a cooking show host for a new series, "The Every Day Cook."

Well, there's a sports radio shocker for you.

Mike Missanelli, the longtime personality, shockingly and tearfully announced the end of his run as a host at 97.5 The Fanatic on his show Tuesday.

"My current contract expires in a couple of weeks, and the company and I have decided to go in another direction," he said on the broadcast. "The station and I have talked about me remaining with the company in some kind of role, but who knows."

Missanelli added that a replacement show is already under contract and that he has some vacation and sick days to use up. Tuesday, with 97.5 at least, was his last on the air.

"I think today is just time to get up on out of here," he said.

Mike Missanelli is OUT at 97.5 The Fanatic! Mike announced just minutes ago that his contract is set to expire in a few weeks. He and the station have agreed to part ways. pic.twitter.com/t6fsgoWLcR

Missanelli fought through tears going on to thank current and former colleagues as what was originally supposed to be a few hours of talk over a relatively slow period in Philly sports quickly morphed into a farewell show.

Missanelli has been a fixture of Philly sports radio for decades, working with what used to be 610 WIP and 93.3 WMMR before arriving at The Fanatic in 2010.

But he's been a highly controversial figure as well, one with a rather lengthy list of incidents stocked up over the years — Homophobic taunts, gloating in the face of former Giants receiver Victor Cruz's knee injury, regularly fielding a fake caller, and some ill-advised arguments (A, B) just to name a few.

Still, his sudden departure from the airwaves, combined with the recent retirement of Ray Didinger and the impending retirement of WIP's longtime morning show host Angelo Cataldi, marks a seismic shift in the Delaware Valley's sports radio landscape.

The details of what led to Missanelli's sudden ouster at this time are unclear and while he listed some ideas off the top of his head on Tuesday's show, he doesn't know what he'll do next.