Who won the week in Philly sports: Ray Didinger is a living legend 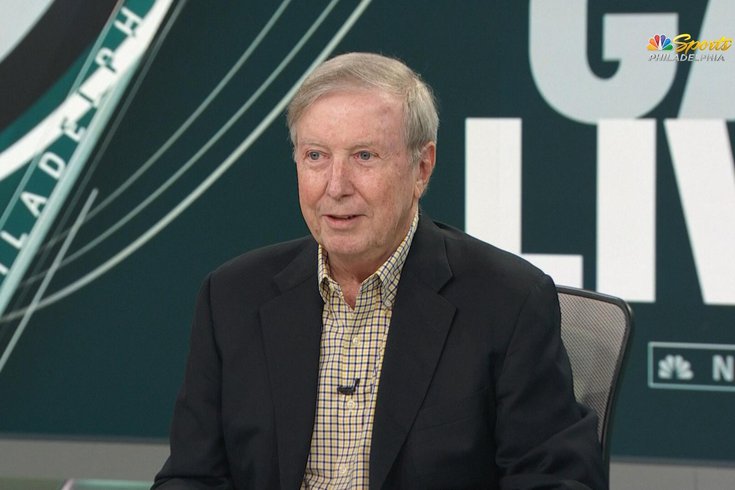 For this week's "winner" in the Philly sports scene, I'm going a different route. I've continuously talked about players and executives who've had a direct impact on the field or court, in turn providing loads of entertainment for Philly fans. I'm going to highlight someone who, while he never sported a Philly uniform in a huge moment, nevertheless had massive influence on the fan experience: Ray Didinger.

Time to give Ray Diddy his flowers:

Tributes have been pouring in for Didinger for the last week or two and rightfully so. Didinger has been a staple of the Philadelphia sports media scene for 53 years before officially retiring this past weekend. He is the gold standard who every Eagles writer or talking head should compare themselves to.

In the modern era where media members can receive so much criticism and hate on Twitter from readers, Didinger stands as someone no one could say a bad word about. He's beloved. Take the irrationally (which I adore and contribute to) of Philadelphians and multiply that over more than a half-century. All of that has transpired and Didinger remains a legend.

Maybe this take a more personal route, but Didinger makes me want to be a writer, a better speaker, a better everything.

I interned my entire junior year of college for the Philadelphia Daily News. They had a storied history when it came to sports writing with Didinger right there amongst the greats. I remember my uncle asking me if I was going to be the next Didinger since I was working there. Well, my brand has morphed into being equal parts unhinged and emotionally reflexive, so I could never match the clear-headed stoicism that Diddy provided. Beyond that, I could never be Didinger. No one could be. I could try to be the best version of me though just as Didinger was the best version of himself for five decades.

During my time as a fan, I was the stereotypical Eagles supporter whose life felt like it hung in the balance with every single play. Conversely, watching Didinger on "Eagles Postgame Live" felt like my grandfather was sitting me down to tell me to relax and breathe.

Ray doesn't know me. I've never met him. If I ever did, I'd like to shake his hand and give him a "thank you." If not for Didinger, perhaps I never end up at the Daily News and, in turn, never end up with this job as the deputy sports editor at PhillyVoice. Ultimately, I just respect the hell out of the dude. I'd cut my left pinky off to have a career half as good as his.

While you're at it, listen to the end of Didinger's last WIP show:

Who Lost the Week in Philly Sports: The Phillies 👎