The burnout he experienced earlier this year made him realize it was time to step away; starting in January, he'll only work four days per week 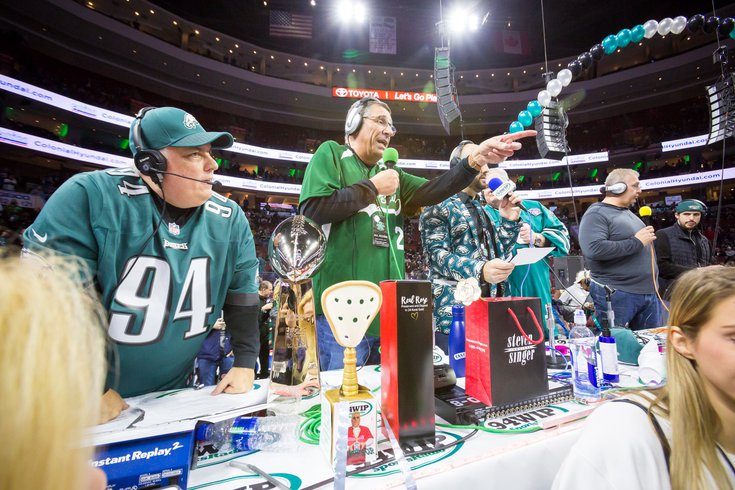 Angelo Cataldi, one of Philadelphia's most iconic sports talk radio personalities, will step away from SportsRadio 94WIP in December 2022 after 33 years with the station.

Starting in January, Cataldi will scale back his on-air schedule from five days a week to four days — taking Wednesdays off until he leaves WIP at the end of the year.

Cataldi cited burnout that he had experienced earlier this year for his decision to retire. The 70-year-old said that an inability to function, sleep and think clearly forced him to step away from WIP's morning show for several weeks in May. Though Cataldi said he's feeling better, the Rhode Island native said that experience made him realize it was time to retire.

Cataldi said he planned to retire at the end of 2021 when his current contract with WIP expired, but the longtime host explained that he "will work one additional year as a sense of thanks to the people who have run this radio station and have been so good to me."

Cataldi started at WIP in 1989 after previously working as a sports reporter and columnist for the Inquirer, where he covered the Eagles and was nominated for a Pulitzer Prize.

Cataldi has been a dominant force in sports talk radio during his three-plus decades on the air in Philadelphia. WIP's morning show, which Cataldi co-hosts with Rhea Hughes and Al Morganti, remains atop the ratings in local sports radio. Cataldi said that he expects both Hughes and Morganti to remain on the program with his eventual replacement.

Cataldi signed a multi-year contract extension in 2019 to stay at WIP, but he said at the time that he probably would have retired had former WIP personality Marc Farzetta not left to host the morning show at 97.5 The Fanatic.

Cataldi was inducted into the Broadcast Pioneers of Philadelphia Hall of Fame in 2012.