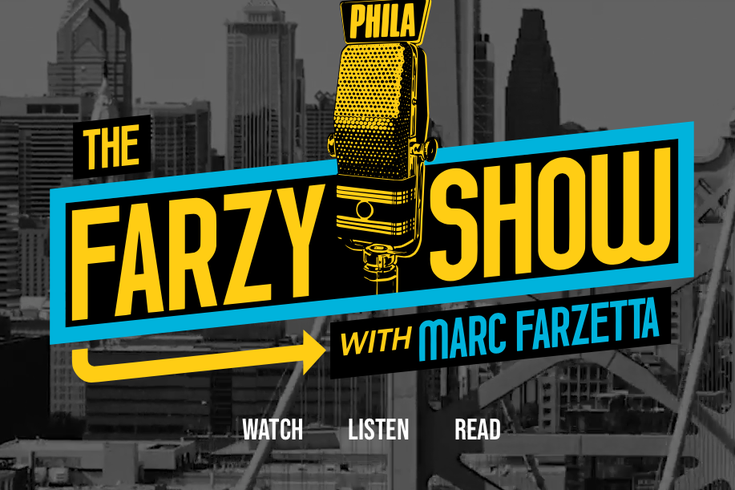 Less than two months after his departure from 97.5 The Fanatic, longtime Philly sports radio host Marc Farzetta is starting his own YouTube morning show, "The Farzy Show with Marc Farzetta."

The show will combine the feel of Philly sports radio, a TV show and a podcast format, with new guests on the show each morning. A recurring guest spot will be filled by former Philadelphia Eagles defensive end Hugh Douglas.

"I'm beyond excited to be a part of people's mornings again," Farzetta said. "And thrilled to keep the dream going of starting every morning with the greatest sports fans in the country."

Farzetta spent 13 years with SportsRadio 94WIP before taking over the lead in the morning slot at rival 97.5 The Fanatic, where he lasted two years. He was let go in December and the station has since hired John Kincade, who took over earlier this month as part of The Fanatic's latest attempt to gain ratings in the morning, which have been dominated by Angelo Cataldi and his WIP morning show.

Cataldi told the Inquirer in November 2019 that the main reason he signed his most recent contract to stay at WIP, and didn't retire, was because of bad blood with Farzetta, who had become part of Cataldi's morning show.

As part of the new show, Farzetta will bring back his weekly "Farzy in the Field" segment, which consisted of man-on-the-street-style interviews.

Farzetta's new show debuts Monday, Feb. 1, with links to the broadcast available on his website.

"I'm excited for everyone to see what we have planned," Farzetta said. "I want this to be something people can stream live or listen to and watch on-demand throughout their day. I think people are really going to enjoy it."