The Philly native, who spent two terms in Harrisburg and made several unsuccessful bids for other public offices, sought to give a voice to underserved people – often in unique ways 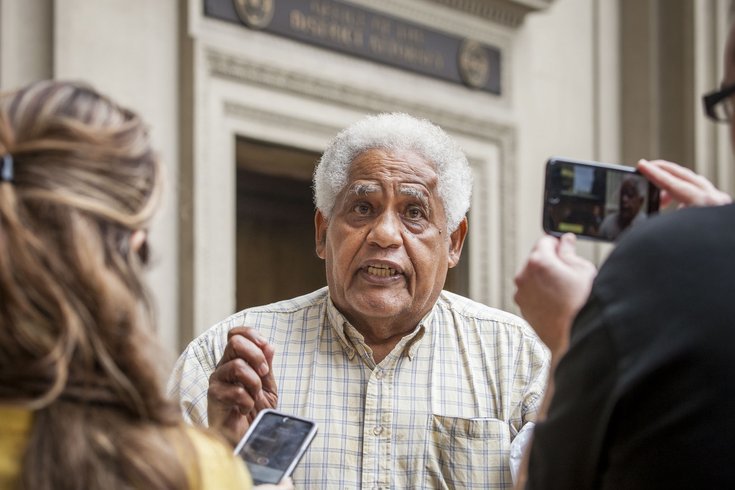 T. Milton Street Sr., 81, was an outspoken Pennsylvania state legislator, entrepreneur and community activist from Philadelphia. He died Monday, leaving behind a legacy of staunch advocacy and unusual political tactics.

T. Milton Street Street Sr., one of Philadelphia's most recognizable political figures over the last five decades, died Monday at 81, his family said.

Street served in the Pennsylvania House and Senate in the late 1970s and early 1980s, and later ran for Philadelphia mayor on multiple occasions while bringing a unique flair to his activism.

"His untiring pursuit for economic equality led to his election as a state senator of the Commonwealth of Pennsylvania," Street's family said in a statement. "Senator T. Milton Street Sr. made political power accessible to small businesses, people of color, the homeless and working families that had long been deprived of housing and equal opportunities."

Street was the brother of former Philadelphia Mayor John Street and the uncle of current state Sen. Sharif Street.

"Motivated by unfair policies that created barriers for the poor in their pursuit of the American dream he worked to make a government that served the people in a more equitable and fair way," the family statement added.

Street's political career took root during his time as a youth leader at the Ebenezer SDA Church in South Philadelphia, where he developed a brash, creative approach to political action. His career was marked by his advocacy on behalf of the homeless and his drive to challenge the ingrained neglect of the communities he championed, from people in need of housing to street vendors who faced unfriendly policies. Street also made violence prevention a hallmark of his political platform.

During his time in the General Assembly, Street roiled partisans by switching his party affiliation from Democrat to Republican after his election in 1980, giving the GOP control of the Senate. He later ran unsuccessfully for U.S. Congress in 1982 and lost his re-election bid for the Pennsylvania Senate in 1984 after returning to the Democratic Party. His attempts to run for office over the ensuing decades would see him run for both parties and as an independent.

The Pennsylvania Legislative Black Caucus remembered Street as a positive force in his community.

"He came from humble beginnings and was an entrepreneur who worked hard to have a successful business and advocate for similar businesses, ultimately taking him to the state's General Assembly," the PLBC said. "After his time in the state Senate, he built his businesses, working tirelessly and serving as a pillar in the community. He made himself available as a mentor and as a friend to many. He will be missed."

Street's career as an entrepreneur also was marked by impropriety and ethical missteps, including a 2006 federal indictment on corruption and tax-related charges. While his brother served as mayor, one of Street's businesses won vending and consulting contracts with the Philadelphia International Airport. Street was convicted of failing to pay $3 million in income taxes. He spent 26 months in federal prison.

In the lead-up to Street's trial, he ran unsuccessfully for mayor and for an at-large seat on City Council. He later made unsuccessful runs for mayor in 2015 and 2019, bookending an unsuccessful bid to regain his state House seat in 2018.

As checkered as Street's political persona may have been in Philadelphia, he was an unmistakable showman who relished creating dramatic scenes that verged on the absurd.

When Street sought office in 2007, he notoriously held a press conference outside City Hall in front of a scant crowd of about 100 onlookers. Street belted operatic gospel tunes and stood over a casket to raise awareness of the city's gun violence problem, a bizarre performance for the ages that has been preserved on YouTube.

In 2018, in the twilight of his career, Street leaned further into his role as a provocateur by advocating for the expanded use of video poker and electronic bingo machines to raise revenue for the School District of Philadelphia.

In recent years, Street had been diagnosed with prostate cancer and his health declined.

"He fought to break down barriers and visualized ways government could work for everyday folks by enacting change through policy regardless of political affiliation," his family's statement said.