Through a time travel tale, 'Rhythm of Time' examines themes of family and friendship. The novel, co-written by S.A. Crosby, is due in April 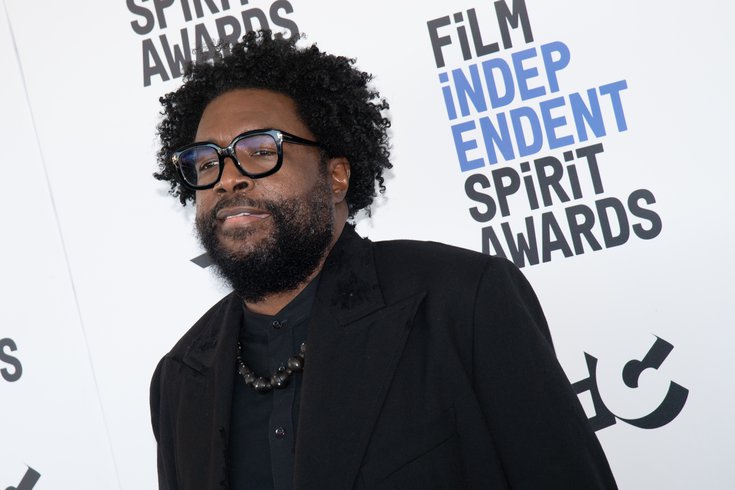 Questlove has teamed up with author S.A. Cosby on 'Rhythm of Time,' his first children's book. The novel, a time travel tale that examines themes of family and friendship, will be released April 18.

Ahmir "Questlove" Thompson can add children's author to his lengthy list of accomplishments.

The hip-hop artist and film director is set to release his first book, a children's novel titled "Rhythm of Time," on April 18. The book, intended for children ages 10 and older, tells the story of two teenagers in Philadelphia who love building and testing gadgets. But trouble arises when one of them gets sent back in time.

It is the first in a series that will explore themes of friendship and family, according to a plot summary from Penguin Random House.

The project started in 2020, when Questlove – and the rest of the country – was stuck at home during the COVID-19 pandemic. He utilized the extra down time to tick off some "bucket list things" that he otherwise wouldn't have had time to do.

He enlisted his friend S.A. Cosby, an author, to help him write the book. Cosby, a Virginia native, has published three crime novels; his latest, "Razorblade Tears," debuted at No. 10 on the New York Times bestsellers list in 2021. Cosby assisted with some of the technical details in the book, including those about time traveling.

The book follows Rahim Reynolds and Kasia Collins, two seventh graders living in Philadelphia. For his birthday, Kasia makes Rahim a cell phone because his parents won't let him have one. Though Rahim mainly wants to use it to listen to music from his favorite old school rap group, the phone's special battery transports him back to 1997.

The kids discover that the actions Rahim takes in the past can impact their lives in the present. The two work to get Rahim home safely, dodging bullies and suspicious government agents eager to get their hands on Collins' time travel technology.

"For a lot of kids of color, when you were growing up in the city, it's almost impossible to not be in a constant state of fight or flight," Questlove told People Magazine. "When you're living for safety, you're basically living a 24-hour existence, like 'Okay, I made that 24 hours now. Next night? I made that one.' And as a result, it really doesn't leave much space for the idealized way that we see child-rearing in media. I wanted to have a kind of revision."

The book takes place in Philly in the late 1990s, a time when Questlove was spending most of his days drumming for The Roots. The hip-hop band released the albums "Illadelph Halflife" in 1996 and "Things Fall Apart" in 1999, cementing its legacy as one of the most popular in the world. Now, the band is wrapping up its much-anticipated 17th studio album, "End Game."

Music plays a major theme in the book, as it has in all of Questlove's recent projects, including the Oscar-winning documentary ""Summer of Soul (...Or, When the Revolution Could Not Be Televised)," which chronicled the 1969 Harlem Cultural Festival, and "Music Is History," a book that examines the last 50 years of America through 50 songs.

Questlove said he wants the novel to instill confidence, hope and creativity in the minds of young readers and their parents.

"It wasn't my intention to preach to the kids, but for me, this is the creative way that I can show people where my life is and also plant seeds in their lives as well," Questlove told People.

"Rhythm of Time," published by G.P. Putnam's Sons Books for Young Readers, an imprint of Penguin Young Readers, is available for preorder for $18.99.