Mischief at the Mutter's official description reads like a witch's chant 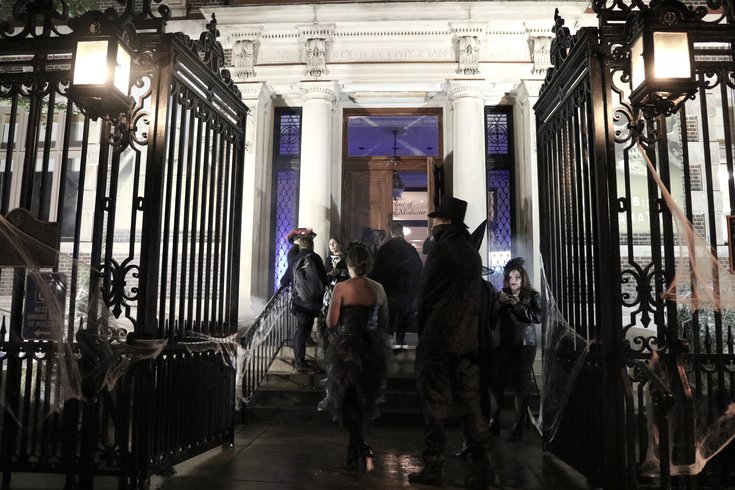 The Third Annual Mischief at the Mutter will take place in October.

The Mutter Museum's popular Halloween event Mischief at the Mutter will take place for the third year on Friday, Oct. 27.

Tickets will go on sale to the general public on Monday, Sept. 18, at 8 a.m. General admission is $50 per person.

The costume party at the museum of medical oddities includes an open bar with Hendrick’s Gin, QC Malt and more options. The rest of the details are more hush-hush.

A precarious party full of marvel and fright is brewing at the Mutter for another night. Enjoy tasty drinks from the bar and view the collections, but watch out for the spirits or you may need some protection! Keep specters at bay with your festive disguises, but don’t be shocked if the Mutter holds a few scary surprises…

There's also an option to be part of an exclusive VIP experience. A total of 169 tickets are available.

At the Mutter's Club 13, 13 courses will also be served, plus there will be special performances. UPDATE: Mutter Museum has revealed 13 secrets about Club 13.

Mutter Museum Members and CPP Fellows can purchase Mischief at the Mutter tickets this week before they go on sale to the general public. The event tends to sell out.

Third Annual Mischief at the Mutter