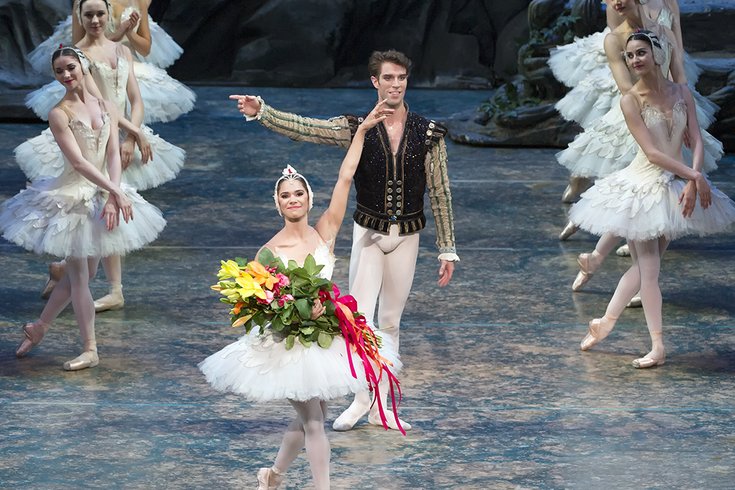 Misty Copeland and James Whiteside acknowledge the audience after appearing in "Swan Lake" at the Metropolitan Opera House in New York.

Copeland, 32, has danced with the company for more than 14 years, dancing nearly eight as a soloist. Last week, she became the first African-American with the company to star in “Swan Lake” at the Met.

More than a half-century has passed since the pioneering black dancer Arthur Mitchell broke through the color barrier and became a principal dancer at New York City Ballet in 1962, and a generation has elapsed since Lauren Anderson became the first African-American principal at Houston Ballet, in 1990. But City Ballet has had only two black principal dancers in its history, both men: Mr. Mitchell and Albert Evans, who died last week. And Ballet Theater officials said that the company’s only African-American principal dancer before now was Desmond Richardson, who joined as a principal in 1997.

“My fears are that it could be another two decades before another black woman is in the position that I hold with an elite ballet company,” Copeland wrote in her memoir, “Life in Motion: An Unlikely Ballerina,” published last year. “That's if I don’t rise to principal, people will feel I have failed them.”