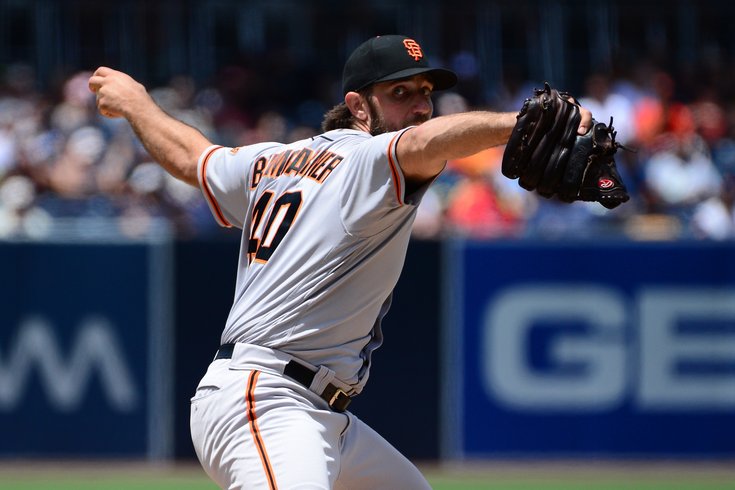 After the Phillies landed Didi Gregorius and Zach Wheeler this offseason, many thought that would be it for big-name free agency moves — of course, they've also been reportedly looking into a potential trade for Cubs third baseman Kris Bryant — but it appears the Phillies, driven by owner John Middleton's desire to win now, may not be done just yet.

According to MLB Insider Jon Heyman, the Phillies could still have another signing or two left in them, including bulking up their starting rotation, which was in desperate need of an upgrade after last season.

Could Philly still go for MadBum (or other lefty)? There’s been a suggestion advanced they may be close to done since they are close to threshold, but execs from other teams expect them to remain a player due to owner’s desire to win. Real belief is they’ll remain “opportunistic”

The Phillies' interest in Bumgarner dates back to last offseason when there was a chance the team tried to acquire him from the Giants. That interest remained at the 2019 trade deadline, but the Phillies didn't seem willing to pay for a rental player when their postseason chances were anything but guaranteed.

Now, however, with MadBum a free agent, acquiring the 30-year-old left wouldn't cost any prospects, just dollars. According to MLBTradeRumors.com, Bumgarner is expected to be worth somewhere in the range of $15-20 million per year on the free agent market, which would obviously push the Phillies into luxury tax territory. Currently, the Phillies' projected payroll is right around $205 million, leaving them just around $3 million to spend before paying the tax. Obviously, they're not going to get any meaningful upgrades at that price.

MORE: Cooney: Phillies have 'no other choice' but to 'outspend mistakes'

Speaking of dollars, it would also be interesting to see how the Phillies change their approach to the trade deadline if they indeed cross the luxury tax threshold and decide they are "all-in" on the 2020 season.

In the meantime, keep it locked right here for all the latest MLB rumors and free agency news as it unfolds: