The Phillies are also right in the thick of MLB's upcoming free agent frenzy. 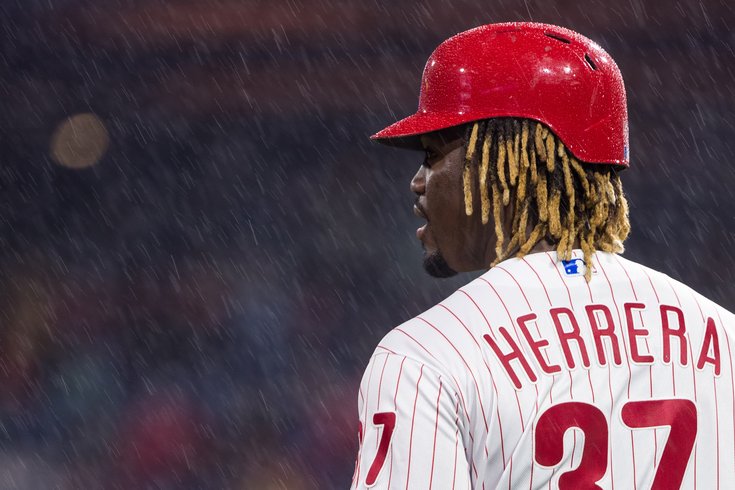 Often times we like to compile pieces called "what they're saying," taking a look at how other media outlets across Philadelphia and the mainstream media are covering the local sports franchises.

It's been a busy week, and the Phillies have actually been making key moves and decisions left and right and many of them you should know about. The league year officially ended when the Nationals (ugh) beat the Astros in Game 7 of the World Series, and so 2020 is pretty much officially underway.

Instead of a recap of "what they're saying," we are going to take a quick look at "what they're doing," as the Phillies lay the groundwork for what is sure to be a very eventful offseason following their official announcement of Joe Girardi as the next skipper:

We'll start with the biggest name free agents, since technically MLB free agency begins today (though if last year is any indication, it'll be quite a while before anything besides rumors percolate). Not surprisingly, the Phillies are expected to be big spenders. If you remember all the way back to this time last year, Philly had pretty good odds of inking either Bryce Harper or Manny Machado — and obviously they came away with one of the two.

Here's a look at how one of the more regularly updated sportsbooks, sportsbetting.ag, handicaps the Phils' chances of landing a big fish this fall/winter:

They aren't leading for any of the free agents just yet, but you can be sure you'll read about them connected to all of the above and more. Madison Bumgarner, who was a trade deadline target for the Phillies, has the highest Philly odds of the four.

The Phillies really had no choice in the matter — but Jake Arrieta accepted his player option for $20 million next season. The Phillies have the money, but Arrieta may not be entirely worth it after failing to be better than average over his first two seasons in red pinstripes.

In 55 games with the Phils, Arrieta is 18-19 with a 4.26 ERA. He will be 34 when next season starts and four years removed from his last All Star appearance and five years from his Cy Young season with the Cubs in 2015. The good news is Arrieta will be a free agent after 2020 — and that health issues were the main reason for his 2019 struggles. If he's at full strength next year (and the Phillies add some arms this offseason), he can still be a solid back-of-the-rotation starter.

Herrera is back, kind of...

Philly is in kind of a sticky situation. Odubel Herrera was officially "activated" once the season ended after he was suspended from the team after domestic abuse allegations took him out of centerfield. He is owed $21 million and the Phillies have to pay him it — unless they can figure out a way to cut him. Here's more from the Inquirer's Matt Breen:

The Phillies could simply release Herrera, but the league’s collective bargaining agreement states that the transaction must be done for baseball reasons and not because of his suspension. The Phillies could point to the .216 batting average and .632 OPS Herrera posted in 539 plate appearances over his final calendar year, before his suspension, as a baseball reason. Before being suspended, Herrera already had played himself out of a starting role.  [Inquirer.com]

Of course they could also trade him, but there doesn't seem to be much leverage. It seems doubtful he'll be back.

The Phillies parted ways with 15 players last week, most notably oft-injured reliever Pat Neshek, whose $7 million team option was declined. According to the Phillies official website, the following players are free agents:

Not many of those players were majorly impactful — Miller's bamboo thing not withstanding — but it does leave a lot of bench and bullpen spots open for Matt Klentak to address this offseason.

Also happening over the weekend, J.T. Realmuto won the NL Gold Glove award for the catcher position, the first Phillie to win the award for the best fielding player at each position since 2012. Realmuto was the hardest catcher to steal a base on this season while also handling the battery with poise and confidence (despite the pitching staff's issues all year).

Realmuto could be in for an even bigger payday as the Phillies look to extend him past 2020. The 28-year-old is a leading candidate to win a Silver Slugger later in the week as well after hitting 25 homers with a .275 average.

Finally, the Phillies announced Bryan Price would be their pitching coach last week (they still need a hitting coach). Price has had success in that same role with the Mariners, Diamondbacks and Reds and has managerial experience in Cincinnati as well. He has several ties to the Phillies, but an interesting one is through some of the pitchers he's coached.

Here's what Jamie Moyer, former Phils hurler, had to say about Price from his time with him in Seattle, via Jim Salisbury at NBC Sports Philly:

“He was a first-time pitching coach when he came aboard and we had a lot of veterans on that team. He quickly earned their trust with great communication and with a lot of give and take. His style was basically, ‘What do you do well and what can we do with it to make you better?’ “

That give and take collaboration will surely be welcomed by some Phillies pitchers who complained about being urged to do things they weren’t comfortable doing in 2019.

“He’s going to be a suggester,” Moyer said of Price. “It’s not his personality to come in and say, ‘All right, you SOB, here’s how we do it.’ He will let you sink or swim, but he will care and make suggestions and give thoughts and ideas. That’s how it was for me and fellow teammates. He cared. Players sensed that and built trust.

“If I was feeling like something was off in my delivery, I’d tell him and he’d watch and pick it up. He could give me a hand signal from the dugout and I could make the fix.”  [NBC Sports Philly]