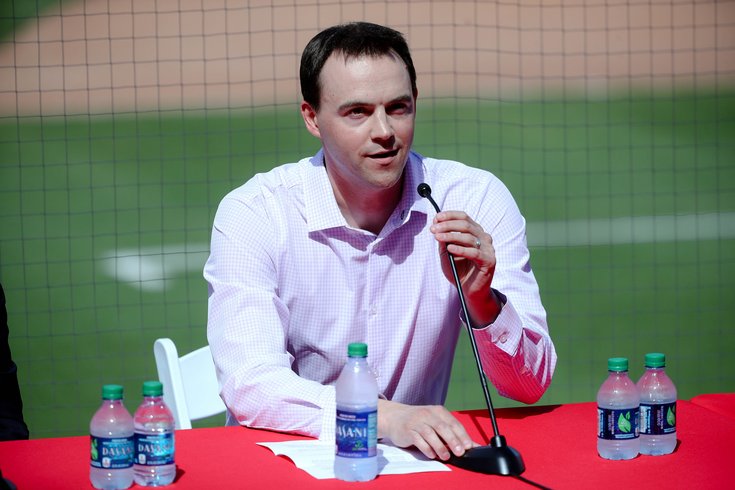 The Phillies have a lot of things to consider on Sunday.

First they have an incredibly important game to play, at 7 p.m. against the Braves. Trailing their NL East Rivals by two games for first place in the division, a win (which would be their sixth in a row overall) will put them just on the cusp of leading the division.

For what it's worth, the Phils' NL East odds have been going up, currently at +632 according to TheLines.com's consensus odds — the second best in the division. They were not surprisingly much bigger long shots before their current five-game win streak.

Whether or not the Phillies really need this win to show to Matt Klentak and the rest of the front office that they should be buyers before Monday's trade deadline is anyone's guess — but it would make for quite the compelling case. It will also make quite the statement after a slow and frustrating start, to sweep Atlanta.

The team also needs to consider how much they're willing to part with to upgrade their team, after shipping away a top pitching prospect in Connor Seabold and one-time rotation piece Nick Pivetta (among others) to improve their bullpen earlier this month. Will they dig deeper into their prospect reserves to bring in more MLB-ready talent?

With expanded playoffs (16 total teams this year, instead of a typical 10), there are theoretically more teams interested in trading for fewer available players from sellers. Which could also inflate prices, making trades a bit harder to complete. This is part of the reason why the Phils made three trades for relief pitching already — to beat the potential rush this weekend and Monday.

And finally, the ever elusive luxury tax threshold is always a consideration. With uncertainty over the financial situation for 2021, it would make sense for teams to be a bit conservative with their longterm commitments. Is their hangup in the J.T. Realmuto negotiations (or lack thereof) due to this factor?

Philly will have a lot of money coming off the books next season, with Jake Arrieta (who has an option), Didi Gregorius, Jay Bruce and others slated to become free agents. If the Phillies are willing to entertain a little short-term pain (they are just below the tax right now) they should be fine next season — depending on what the tax line does.

Will there be any news on the trade-front today? Follow along live, right here with our live stream and open thread as the clock ticks toward Monday's MLB Trade Deadline.