Did the Phillies get it right? A look at Sixto Sanchez, J.P. Crawford and other key departures 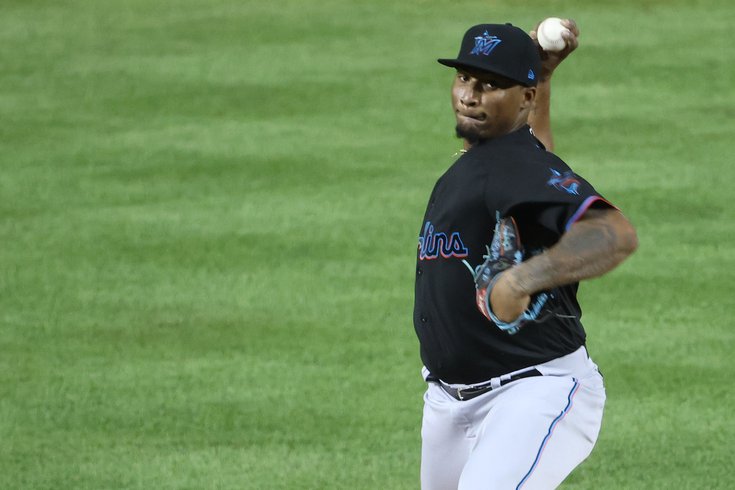 What are the chances Nick Pivetta figures it out and becomes a reliable starter who realizes his potential in Boston?

It's a question Phillies fans are no doubt asking themselves, and perhaps fearing as they go through the typical wondering of "what if" with regard to recent roster moves and transactions.

Pivetta, along with some pitching prospects like Connor Seabold, was traded away as the Phillies look to solidify their putrid bullpen. Other similar moves have been made over the last two seasons too.

The Phillies' second base situation has been absolutely awful — should they have just stuck with Cesar Hernandez?

There's a sizable chance they lose J.T. Realmuto in free agency — should they have stuck with Jorge Alfaro and Sixto Sanchez?

Did they jettison J.P. Crawford too soon?

Are they missing their bench pieces from last year?

Here's a look at how the above (and a few other) former Phillies are currently fairing in the majors, and a comparison to how the current Phillies are performing at their acquiesced roster spots:

In: Scott Kingery (and others)
Out: Cesar Hernandez

The Phillies wanted to open up the infield for up-and-coming Kingery, and letting Hernandez walk to open up second base was their strategy for this. Hernandez was a very reliable hitter and average fielder who didn't offer much by way of pop, and who was reaching free agency. Needing to stay under the luxury tax threshold with some very expensive items on the ledger (like Bryce Harper), Hernandez walked.

In his stead, Kingery — who played pretty well in spurts his first two years — returned in 2020 after a bout with COVID-19 and has been pretty terrible. Here's their respective stats through this season:

While it's extremely easy to be frustrated by seeing Hernandez continue to reliably get on base and Kingery ousted from the infield, Kingery is younger, more affordable, more versatile and hopefully still has bigger upside. They have to have faith that the small sample size is the problem and not that Kingery has lost confidence in his bat.

In: Alec Bohm
Out: Maikel Franco

This will be a short section. If you are missing Franco and not excited that the top third base prospect in all of baseball — Bohm, who hit his first career homer Sunday — is now in the majors, you are probably not paying close attention.

Franco has some power, but Bohm is 23 and has a potential All-Star bat in his hands. He'll be at third (or maybe first) for years to come.

In: J.T. Realmuto
Out: Jorge Alfaro

This is a sticky situation. There is little doubt Realmuto — the best all-around catcher in Major League Baseball — was an upgrade over Alfaro, an up-and-coming talent behind the plate himself. Their numbers since the trade:

The Phillies parted with one of their top pitching prospects to land Realmuto from the Marlins two seasons ago in Sixto Sanchez, who recently got a win in his MLB debut with Miami. His fastball has a lot of life and he is looking like he could seize a permanent spot in the Marlins rotation.

The Phillies, meanwhile, are struggling to line up behind Aaron Nola and Zack Wheeler. Realmuto is facing free agency and there is no extension in sight with Philadelphia, which may have to compete against the entire marketplace if Realmuto is unsigned by season's end.

If Realmuto walks and Sanchez pans out, this could be an all-time stain on the Phils' front office.

In: Jean Segura
Out: J.P. Crawford

The Phillies traded away Crawford in a deal that landed them Segura, who is not playing shortstop anymore due to Philly's infield shuffle — but the two do make sense for a direct comparison. Crawford has a plus-WAR due to his defensive talent and despite his lackluster bat.

If Crawford hit a little more, it might be a regrettable deal, but the Phillies really can't complain:

There was no NL DH last year, so the value of "bench" players has drastically changed. Thus far, Phillies DH's have hit .298, the fourth best in baseball with six homers and 17 RBI. Seven different players have hit in that role, many of them starters, so it's hard to really compare that to their bench.

But if we look at strictly pinch-hitting chances, the Phils have had the second most success of any team in baseball sending hitters off the bench — as PH attempts have resulted in hits in .368 percent of the time.

Former bench stables Miller and Dickerson have found some success in new gigs, but Phillies fans will take Phil Gosselin, Jay Bruce and Neil Walker any day of the week.