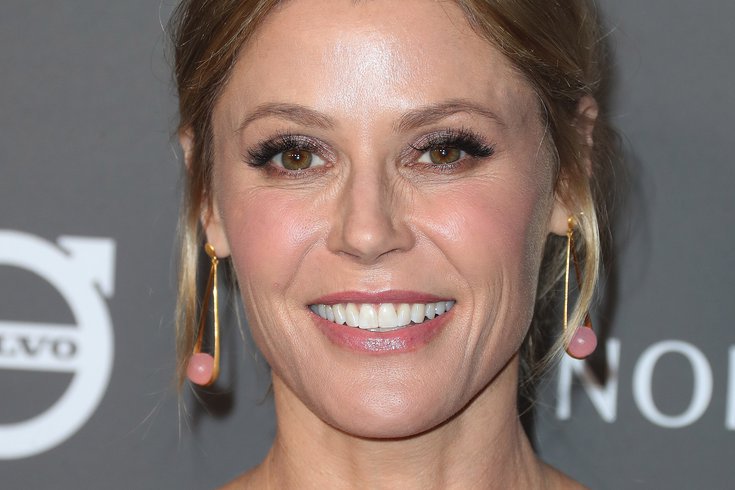 Actress Julie Bowen said that she began shouting out random medical terms she learned on 'ER' while her sister was attending to a New Jersey woman who fell ill while hiking in Utah this month.

Julie Bowen served as the guest host of "Jimmy Kimmel Live" on Tuesday night, and during her opening monologue, the Emmy Award-winning actress shared the story of how she and her family came to the rescue of a New Jersey woman who become ill while hiking at Arches National Park in Utah earlier this month.

The "Modern Family" star was hiking with her sister, Annie Luetkemeyer, and three sons when they found a woman passed out on the trail. The woman was Minnie John, an Oradell, Bergen County, resident who had been hiking with her husband and son to see the sandstone Delicate Arch. John started to feel dizzy and told her husband and son to continue ahead while she waited on the side of the trail.

Bowen said that John had fallen over, hit her head and started bleeding everywhere, a scene that the actress jokingly said was "so gross."

Luckily for John, Bowen's sister is a doctor. Luetkemeyer is specifically an infectious disease specialist, which Bowen said made her sister "highly overqualified and more than capable of applying a little roadside hiker first aid."

But while Bowen watched her sister go "all Meredith Grey" at the scene, a reference to the character from the hit medical drama TV show "Grey's Anatomy," the actress admitted there wasn't much she could do to help.

"I brought all of my professional expertise to the table by yelling things that I heard on episodes of 'ER,'" Bowen said. Bowen starred on the medical drama TV series for two years in her career, but she jokingly admitted that the random terminology she learned on the show was "so useless."

Bowen also joked that a New York Post story that said she "assured [John] that help was on the way" should've been fixed to read "Bowen does jack sh*t."

Meanwhile, Bowen's kids sprang into action to help, too. Her 12-year-old twins ran up the trail to find John's family. Her 14-year-old son, who Bowen described as "an emo Crocodile Dundee," was able to put his collection of knives that he travels with to good use.

"As my sister Annie unrolls the gauze in front of bloody Minnie John and opens it, she says 'Does anyone have a knife?,'" Bowen said.

"Of course [my son] had a knife," Bowen continued. "I've never seen a 14-year-old that happy and I don't have parental controls on the Wi-Fi."

Once John came to, Bowen said that the woman began to realize that a celebrity was at the scene.

"[Minnie] started looking at me weird and she said 'Why do I know you? Are you an actress?' And I was so embarrassed about how useless I had been I said, 'Yes! I am! I'm Elizabeth Banks!' But then my sister told her I was on 'Modern Family' and Minnie was a fan and got very excited," Bowen said.

Bowen starred as Claire Dunphy on all 11 seasons of the popular ABC sitcom and won two Emmys for outstanding supporting actress in a comedy series.

"Look, I know this isn't the point here. But believe me, getting recognized by someone who has sustained serious injury is extremely flattering," Bowen jokingly said.

Bowen and John took pictures together before going their separate ways. Bowen said that John is feeling much better now and doing fine, but the actress isn't taking any credit for making sure the woman was okay.

"So just to recap, everyone helped save this woman," Bowen said. "My sister, my twins, my knife-y son. And I did nothing."

Bowen's full opening monologue and story can be watched below.