There's been plenty of excitement over Philadelphia's Indego bike share program that launched on Thursday.

While not nearly as expansive, residents of Montgomery County can now get a taste of a similar cycling service. The County has partnered with the bike share program Zagster to set up two docking and renting stations. They're located at the Lower Perkiomen Valley Park in Oaks and at the beginning of the Pennypack Trail near Huntingdon Pike in Lower Moreland. 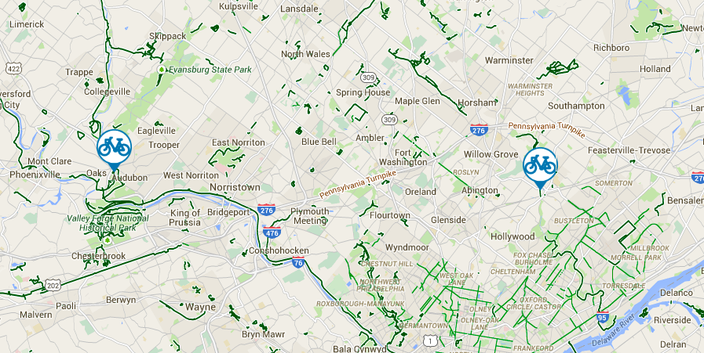 Riders can rent one of the 12 bikes -- six at each location -- for $5 an hour or $25 for the day. In order to utilize the program, you'll have to download the Zagster application to your smartphone, where you can unlock and pay for the bikes. The service provides cyclists with the "Breezer Uptown" model from Breezer Bikes.
Zagster was founded by Drexel Graduates Timothy Ericson and Jason Meinzer back in 2007, and provides similar programs for several cities and universities around the country. They initially looked to launch their service in Philadelphia, where they started, but that never came to fruition. The company is now based in Massachusetts.