Put the apron away. 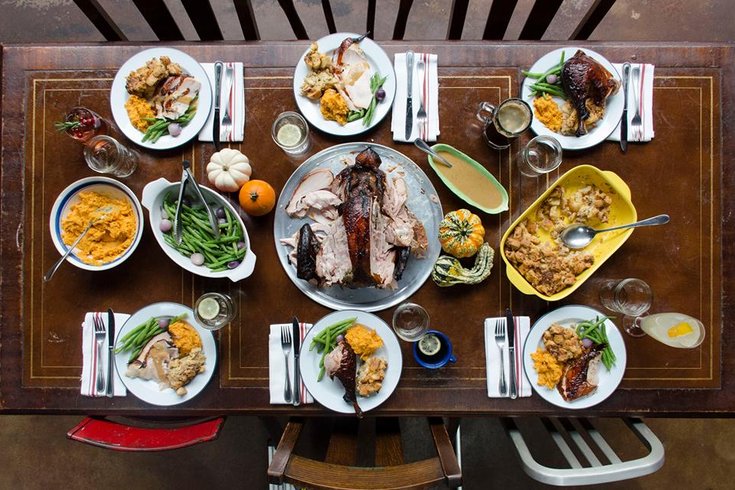 There’s a special kind of anxiety that derives from Thanksgiving festivities, particularly if you’re the host. Beyond the tensions that may arise between guests and family members, there’s also the mass chaos of cooking and cleaning paired with the post-meal aftermath of yet more cleaning and gently getting guests to leave your house.

As more and more restaurants and grocery stores offer alternative Thanksgiving options, some consumers are gravitating toward nixing the traditional home-cooked Thanksgiving feast in return for something less time consuming and panic-inducing. In the Philadelphia area alone, dozens of restaurants are offering dine in and dine out Thanksgiving packages, from smoked Fette Sau turkey to carry away feasts at Whole Foods.

A new report from the National Restaurant Association says nine percent of consumers will be eating Thanksgiving dinner out, while nine percent of people eating at home said they’d be picking up parts of the meal. Four percent said they would buy a complete meal prepared locally.

Though the numbers for this year aren’t a huge jump from 2016, it’s a grand progression from Thanksgiving plans even just six years ago. In 2011, Forbes notes, only six percent of those surveyed plan to eat on Thanksgiving.

Though dining out may be off-limits to most Thanksgiving consumers, shopping on the holiday certainly isn’t. A reported 43 percent of those surveyed said they plan to go shopping on either Black Friday or on actual Thanksgiving Day.