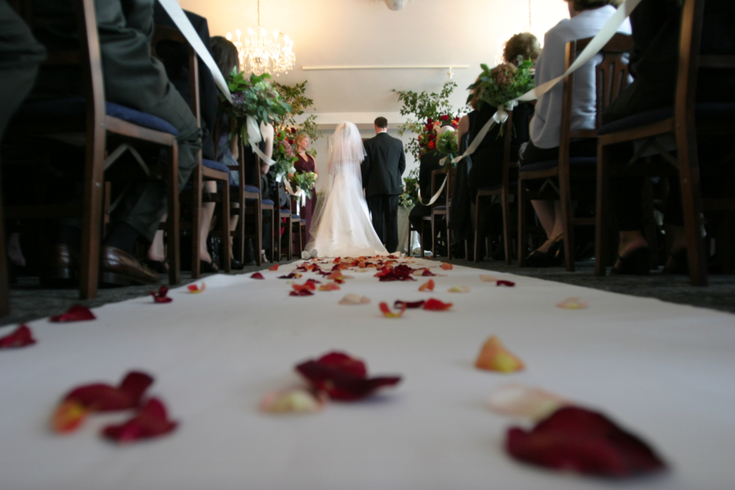 There may be some truth to the idea that the best weddings — not the most important, to be clear — are almost always other people's.

It's a whole lot easier to enjoy the festivities when you're not the one who paid for them, after all.

A new study from The Knot puts the eye-popping reality of American weddings in perspective, breaking down the average cost of various budget items and revealing the most expensive places to get hitched in the United States.

“Weddings in 2017 showed us that couples are focused on guests, as we see them pulling out all the stops to create a truly memorable experience for their wedding attendees,” said Kristen Maxwell Cooper, editor in chief of The Knot. “Couples are also shifting away from formal affairs to create an experience that’s truly reflective of their personalities, and infusing more unique and unconventional ideas — from their venue and invitations to food, entertainment and more.”

The average cost of a wedding in the United States in 2017, minus the honeymoon, came in at $33,391, according to the analysis. On average, there were 136 guests per wedding and an average engagement period lasting 14 months.

For those who got married in Manhattan, weddings were more than twice as expensive as the national average—$76,944.

Here are last year's top 10 locations for the priciest weddings in the country:

The highest spender in 2017, according to the study, shelled out $105,130 on their wedding. This was probably a drop in the bucket for them, one can only assume.

Here's a breakdown of the national average wedding budget.