The most-read stories on PhillyVoice in 2015

These 15 stories captivated our audience

From the morality of crying babies to an ominous threat against a Philadelphia-area college to the alluring idea that Marcus Mariota would wear Eagles green this season, the stories that resonated most with our readers in 2015 were a varied bunch. Herewith, a list of the 15 most-read stories on PhillyVoice, in reverse order.

Philadelphia-based comedians Tommy Pope, Tim Butterly, and John McKeever of the comedy group Deer Prom, got their own Comedy Central web series – and not everyone was happy about it. The series, called “Delco Proper,” is described as “Three best friends from a rough blue-collar neighborhood in Philadelphia struggle to avoid trouble and make a name for themselves.” Many readers took issue with the idea that Delco was just another part of Philly while others just didn’t find the show’s teaser trailers all that funny. You be the judge: the first full episode is streaming online.

No. 14 – Birds want Marcus Mariota, likely to be players in free agency

Marcus Mariota-to-the-Eagles seemed like a pipe dream until Jimmy Kempski began to hear evidence that the Eagles would make a serious play for Chip Kelly’s former QB at Oregon.

When former Olympic figure skating champion Tara Lipinski revealed her daily 1400-calorie diet in People in July, many, including contributor Elizabeth Licorish, took issue with the athlete promoting such an extreme diet. (Think: two Hershey kisses and a diet soda counting as a “cheat” snack.) Licorish’s account of training side-by-side with Lipinski as a child and overcoming an eating disorder to find her ideal active, healthy lifestyle hit home for many readers.

No. 12 – FBI, ATF: Threat of violence against 'university near Philadelphia' on Monday

The bulletin from the FBI and ATF was short and to the point: a threat of violence had been made online against "a university near Philadelphia." That threat, the agencies advised local colleges and law enforcement over the weekend, was for 2 p.m. on Monday, Oct. 5. It spread like wildfire on social media and many students stayed away from classes, hiding out in their dorms or leaving campus altogether. But despite a heightened and visible security presence on Temple, Drexel and Penn campuses, the appointed hour came and went without incident. Unfortunately, terror regularly visits U.S. college campuses. 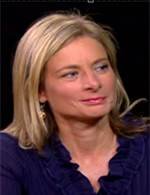 The origin of humanity is one of the greatest and most challenging scientific puzzles, perhaps because there are some many ways to approach an answer. Harvard University physicist Lisa Randall attempts to unify several ideas in her latest book, "Dark Matter and the Dinosaurs," and the focus of her theory is dark matter. Specifically, Randall proposes the possibility that a "disc" of dark matter, located in the Milky Way, was responsible for producing the nine-mile-long comet that most paleontologists believe struck Earth 66 million years ago and wiped out 75 percent of its species.

In the fall of 2010, Amy Anderson lost her son Bryson at 20 weeks gestation. Trusting her intuition, she disregarded her physician’s advice to “bind your breasts and take Sudafed.” Instead, she began to pump the breast milk that would have nourished Bryson. After eight months and nearly 92 gallons of nutrient-rich breast milk, Anderson shared her journey of overcoming grief and discovering Bryson’s life’s purpose with PhillyVoice contributor Amy Wright Glenn.

No. 9 – Here's how the Eagles are going to get Marcus Mariota

There was little secret that Chip Kelly wanted Marcus Mariota, and Jimmy Kempski laid out exactly what it would take for the Eagles to land the Oregon QB.

A magnetic levitation train runs on a test course in Tsuru, Japan. Might such trains someday be zipping back and forth between Philadelphia and New York or Washington at speeds up to 300mph? (Itsuo Inouye, File / AP)

A train that could carry you from Philadelphia to New York or Washington in a half-hour or less? It's an idea that captivated tens of thousands of our readers. Ostensibly, the story centered on a $27.8 million Federal Railroad Administration grant to Maryland for "preconstruction and planning costs for the potential development" of a maglev train between Baltimore and Washington, D.C. It turns out, however, that the full proposal would include high-speed rail service between New York and Washington. Meanwhile, Philadelphians will have plenty of time to ponder the possibilities as they slog to work in their seats on Acela.

No. 7 – Screaming to sleep, Part Two: The moral imperative to end 'cry it out'

In part two of her series on Cry-It-Out, a controversial technique where parents leave their children to self-soothe before sleep, contributor Amy Wright Glenn explores how CIO affects the caregiver, the moral imperative to care for children and societal parenting pressures. The second half of Glenn’s story also dives into the long-term effects of CIO on children, citing recent scientific studies. In the comments, parents on both sides of the debate continued to fight it out.

No. 6 – Doula for the dying: Connecting birth and death

The word “doula” translates from Greek to mean “woman servant.” Today, doulas are known best for accompanying laboring and/or postpartum women. Doulas offer emotional, mental, spiritual and physical support during the transition of opening to new life. Here, Amy Wright Glenn explores the idea of connecting the work of doulas to death by creating trained supports for the dying and the bereaved. She advocates for doulas and end-of-life care professionals to learn more about each others' work, holding a space for both birth and death.

No. 5 – Overbrook grad winds up in cuffs after crossover embarrasses two cops on playground

21-year-old Samir Hill of West Philly was shooting hoops with his friends in April when two uniformed police officers appeared and challenged him to a game. He beat them sorely, and a video of the game went viral. Then, mysteriously, Hill was later allegedly handcuffed and taken to the police station for an hour and a half, while police searched his car. Police let him go, explaining that they were targeting his friend and needed to search the car they were both riding in.

Weeks after the publication of her two-part series on the CIO method, "Screaming to Sleep," Amy Wright Glenn responds to a March New York Times story on pediatricians advocating CIO. In the controversial Times story, author Aimee Molloy describes how her doctors strongly suggested CIO but she and her husband listened to their instincts instead. Glenn is on Molloy's side, suggesting that taking care of our loved ones and making sacrifices to do so is what really takes "guts."

No. 3 – Daddy Jekyll, Daddy Hyde: Transforming patterns of verbal abuse for the sake of our children

In this exploration of verbal abuse and its causes, Amy Wright Glenn reveals the story of her friend Carol’s struggle to leave a verbally abusive husband. In the end, her daughter Ashlee gave her the strength to do so. Here, Glenn discusses how emotional suppression can lead to anger and violence and advocates for those suffering to allow the stress-relieving effects of mindfulness and meditation to break the cycle. 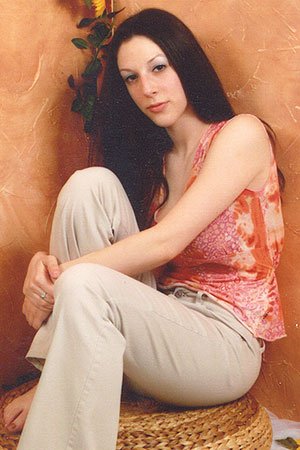 No. 2 – A heroin victim's warning to the world

Natalie Cribari was a young heroin addict from outside Harrisburg in central Pennsylvania who knew well the powerful hold the drug had over her. She was also a talented writer, and 10 years ago, on Christmas Day 2005, she gave the world a gift. Pouring her bruised soul out into words, Natalie wrote a poem – from prison – full of insight and experience to warn others of the drug's dangers. It reads in part, "I may never make it. But to you, I dare say. If he should strut by, look the other way." Just three months later, at the age of 20, she died of an overdose.

Fast-forward to a decade later, and heroin even is more epidemic in this country. As her poem was shared and shared again on Facebook, it's clear her words of wisdom live on.

No. 1 – Screaming to sleep, Part One: The moral imperative to end 'cry it out'

The first part of Amy Wright Glenn’s series on the Cry-It-Out method begins with the harrowing tale of 5-month-old Tyler who, left to CIO before bedtime, sometimes became so stressed out that he would vomit. In this discussion-starting piece, Glenn describes the many schools of thought behind, and the decades-long debate over, CIO and asserts that it is “anything but ‘just fine.’” In the comments, readers shared their own experiences with and without CIO and hotly debated which technique was best.