Mysterious trash can explosion under investigation in Barnegat 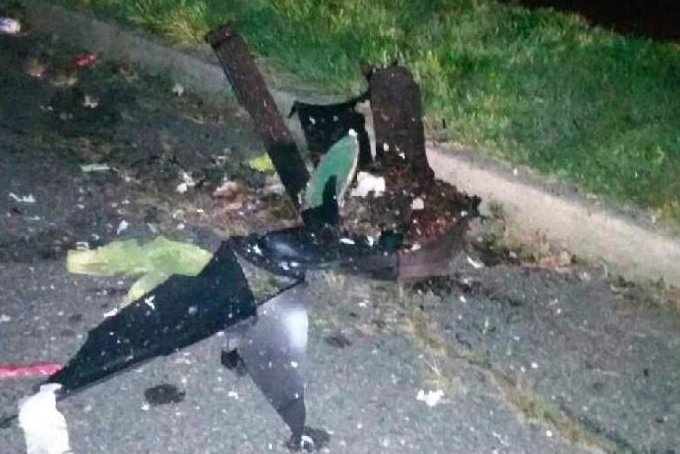 Remnants of a rubber trash can located curbside between 81 Village drive and 82 Windward Drive in Barnegat Township.

Authorities in Barnegat Township are investigating after a trash can exploded early Thursday morning in the area of Village Drive, the Ocean County Prosecutor's Office announced.

Police said they received multiple reports of an explosion at around 1:30 a.m. and rushed to the scene to investigate.

Responding officers discovered a cloud of smoke emanating from the remains of a rubber trashcan located curbside between 81 Village Drive and 82 Windward Drive. The debris field was contained within 10 feet of the site of the explosion.

There were no injuries reported and no damage to surrounding homes or vehicles. Ocean County Prosecutor's Office spokesman Al Della Fave said neighbors have been interviewed and debris from the scene will be analyzed by the Major Crime Arson Unit and ATF to determine the source of the explosion.

"We're confident it's no issues with neighbors," said Della Fave. "They all get along and nothing would have motivated anything between them."

Della Fave said investigators determined the trash can didn't even belong to any of the neighbors.

"Each neighbor thought it belonged to the other one," Della Fave said. "It's been out there for weeks. What we're thinking is that many landscaping companies work in that neighborhood and may have left behind a barrel. There were some twigs and branches in there. We'll look at whether there was combustible material underneath it or if something already in there reacted negatively."

The incident comes less than a month after a suspicious device found in a trash can in Elizabeth exploded while an FBI bomb squad attempted to disarm it with a robot. That took place one day after 29 people were injured in the explosion of a suspicious package in Manhattan and the cancellation of a military charity 5k run due to a separate explosion in Seaside Heights.

Ahmad Rahimi, the Afghan suspect dramatically captured in Linden, pleaded not guilty on Thursday to charges of attempted murder in his shootout police. In the New York and New Jersey bombings, Rahimi is charged with use of weapons of mass destruction, bombing a public place, destruction of property and use of a destructive device.

Della Fave said Thursday's incident does not appear to be terror-related.

"This incident doesn't fit a terrorist profile at all and there's no link to what happened at Seaside Park," Della Fave said. "A terrorist wouldn't make a statement in a deserted suburban neighborhood."