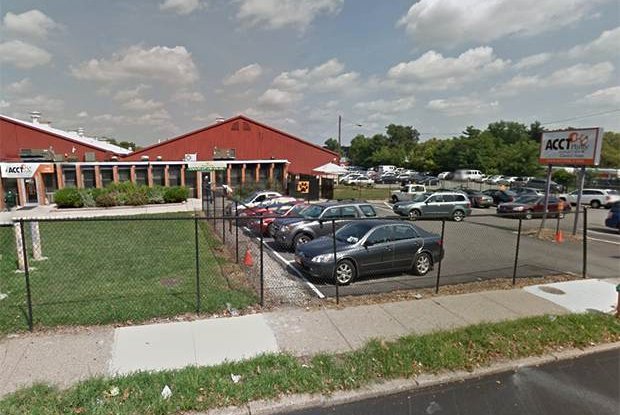 Editor's note: This story has been updated to include a statement by ACCT executive director Vincent Medley.

A partnership between a Philadelphia animal control group and a South Jersey dog rescue group has dissolved in the wake of a controversy around a photo purporting to show euthanized dogs.

The Animal Care & Control Team of Philadelphia, also known as ACCT Philly, has broken ties with the Cinnaminson-based Tiny Paws Rescue, according to Mike Astringer, chairman of the board of Tiny Paws, whose wife, Kim, serves as executive director.

ACCT Philly severed the relationship on Aug. 26 after Tiny Paws brought the photo to its attention.

"We still want to be able to save animals for ACCT," said Astringer, during an interview on Thursday.

According to Astringer's version of events, the controversy began in July.

At that time, he said, Tiny Paws Rescue was sent a photo that purportedly showed the bodies of dogs euthanized at ACCT piled in a cart headed for disposal. It carried the caption: "Breeders need to see this."

Astringer said that when his wife alerted ACCT Philly to the photo's existence, leadership at ACCT Philly became hostile, demanding to know who took the photo.

But, he said, neither he nor his wife know the source of the somewhat fuzzy image, which shows a gray cart on wheels in what appears to be a storage or supply area. Not much of what is in the cart is visible, and there is nothing obvious in the photo that could be said to show a euthanized dog or dogs.

Anyone could have taken the photo at the public shelter in Feltonville before sending it to Tiny Paws Rescue, according to Astringer.

"It could have been anyone," he said.

In fact, Astringer said that he was surprised by the harsh reaction.

Astringer said Tiny Paws Rescue had formerly had a "rescue transfer partnership" with ACCT that allowed it to work in tandem with the animal control group. Tiny Paws Rescue members were permitted to go to ACCT 's shelter at 111 W. Hunting Park Ave. to tend to dogs and try to find homes for dogs scheduled for euthanasia.

"They go out there and feed them and play with the dogs and show them attention," said Astringer, about how members of his organization would work with the ACCT animals.

Astringer said that when ACCT puts out notifications on social media about dogs scheduled to be euthanized, Tiny Paws Rescue and similar partner groups work actively to find them homes.

Since Tiny Paws Rescue was founded in February 2015, it has saved 156 dogs from being euthanized at ACCT. "We take sick dogs, injured dogs and we take dogs that need medical attention and get them spayed and neutered," Astringer said.

Astringer hopes Tiny Paws can continue its work with ACCT. He claimed to have had a meeting scheduled for Friday with ACCT executive director Vincent Medley. But Astringer said he was informed by Medley that the meeting was canceled unless Tiny Paws reveals who took the photo.

Medley provided PhillyVoice a statement on Friday that read, in part:

"In this recent incident with Tiny Paws Rescue there were a few key problems that led to our severing the relationship. For one, in our partner manual we clearly state the protocols for selecting animals at the shelter. These protocols include the appropriate times to select these animals. Prior to the investigation, Ms. Astringer was at ACCT Philly outside of these times and informed me that she is often in the building, after hours and without authorization. In addition, we are working to promote a professional work environment within ACCT Philly and with our external partners. Ms. Astringer did not follow the process for communicating an inappropriate incident nor did she help promote a professional work environment by helping us to understand what happened. Ms. Astringer declined to request an appeal of our decision and declined to discuss the incident with us directly, and instead referred us to Mr. Astringer.

With little recourse, Mike Astringer said he's been reaching out to the media and to members of the community to try to build public pressure to get the partnership reinstated – for the well-being of the animals.

In his statement, however, Medley said: "...dogs 39 pounds and under are  'benefactor' dogs and not at risk of euthanasia. While we appreciate the work of Tiny Paws in adopting our animals, we do not foresee any adverse impact on the ACCT Philly 78 percent life-saving rate, which is the highest in our history...."