Chiaro's in Sellersville apologized on Facebook and called the explicit latte art atop a cup of a cappuccino, a 'devastating situation' for the family restaurant 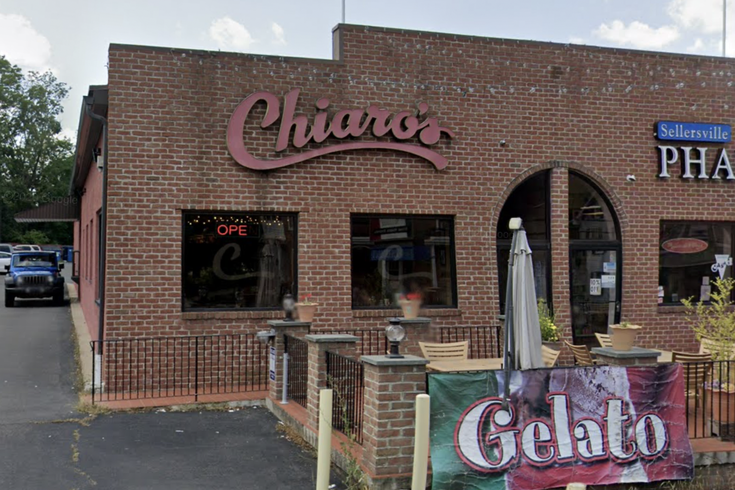 Chiaro's Pizza & Restaurant in Sellersville, Bucks County, unknowingly mailed menus that included a photo of a cup of cappuccino with latte art depicting a naked man. The restaurant apologized for the mistake on Wednesday, Feb. 2.

A Sellersville pizzeria is apologizing after a magazine advertisement unintentionally included an image of a naked man in the latte art of a cup of cappuccino.

Chiaro's Pizza & Restaurant, a Bucks County business for 35 years, recently paid for the ad to be designed and published in the February issue of a local magazine mailed out monthly to residents in Upper Perkiomen Valley.

The restaurant, a longtime advertiser in the magazine, bought a full-page ad and sent the publication photos it wanted to appear in its promotion. Chiaro's management and the staff at Community Connection Monthly, the publication that printed advertisement, failed to recognize that the design in the cappuccino foam in one image depicted a man without any clothing.

Without being tipped off about which photo contains the explicit image, it takes a discerning eye to find it, but once you see it, you can't unsee it.

It was only a matter of time before someone who got a Chiaro's menu caught this and brought it to the attention of the the magazine and the pizzeria.

"We mailed the magazine out and when it hit homes on February 1, someone flipping through the magazine caught the image and immediately alerted Chiaro’s and myself," Donna Olsen, Community Connection's president, told PhillyVoice on Friday afternoon.

Chiaro's shared an apology on Facebook on Wednesday, which has been shared far beyond the restaurant's suburban Philadelphia footprint. The incident seems to have been a mix-up and an oversight.

Dear Community, We have been made aware of the situation regarding a recent ad, and unfortunately, neither us, or the...

"We deeply apologize for letting this slip by. None of our proof readers, The Community Connection proof readers, or the actual printer proofers caught the mistake before it was printed and circulated," Chiaro's ownership wrote. "We are working on making sure this does not happen again. We at Chiaro's pride ourselves on being a family oriented pizzeria and restaurant. This is a devastating situation for all of us involved as we are sure it has been for all of you. Please accept our sincerest apologies."

For the most part, no one seems terribly offended by the incident. And maybe it's even working in Chiaro's favor.

"No No, ya'll have just gone on my 'restaurants I need to try' list when I'm out that way," one Facebook user replied to the restaurant's apology.

"Hilarious, thanks for the laugh," another person wrote. "Best regards from the Netherlands."

"I think this will only grow your business," one person predicted. "Great job by your marketing team."

Incidents like this are the textbook definition of a "happy accident," and considering all of the hardships restaurants have faced during the COVID-19 pandemic, Chiaro's may have backed itself into a jackpot right before the Super Bowl.

Still, at least publicly, Chiaro's is taking the position that they are mortified.

"We just wanted to make sure people understand our position," the restaurant responded to one comment. "This thing has over 200k on somebody's (TikTok) already and we're so embarrassed over the whole thing."

CLARIFICATION: This story was updated after it was published. The earlier version stated the explicit image appeared on the cover the pizzeria's menu. The photo of the naked man camouflaged in the cappuccino foam was printed in a local magazine advertisement.