NASA unveils its own driverless car 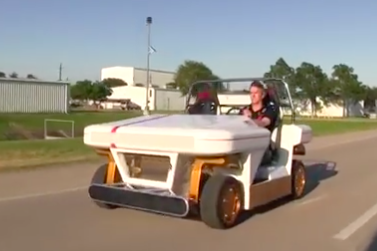 In a video released Monday, NASA showcased its entry in to the driverless car race with the Modular Robotic Vehicle.

The car can operate completely on its own with remote driving capabilities. The battery-powered vehicle also features four independent wheel modules, which allows each wheel to pivot on its own, providing unique maneuvering capabilities:

NASA joins Google among those conducting research on cars that can drive on their own. Google is conducting tests with models in development.

There's no word on potential commercialization of the NASA model, but Google projects to work out the kinks of its models and have them on the market sometime by the end of the decade.