Admission to the National Constitution Center is free on Presidents Day

There will be special programs and activities during the holiday weekend 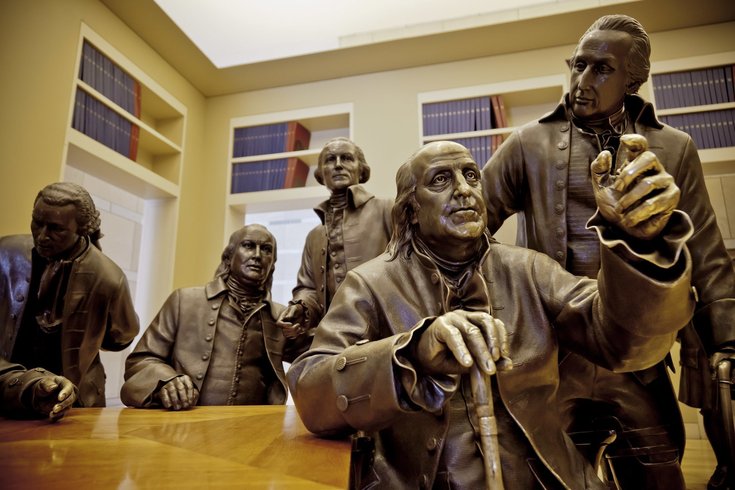 Admission to the National Constitution Center will be free on Monday, Feb. 17, in honor of Presidents Day. Pictured above is Signers' Hall in the museum, which features 42 life-size, bronze statues of the Founding Fathers.

The National Constitution Center will celebrate Presidents Day weekend with special programs and activities, including a trivia game where visitors can test their knowledge of America's presidents.

RELATED: 2020 Philadelphia Auto Show will be open for 10 days | Philly Theatre Week returns for third year with hundreds of performances

The regular price for general admission is $14.50 for adults, $13 for seniors and college students, and $11 for youth and veterans.

Admission during Presidents Day weekend includes access to the new permanent exhibit "Civil War and Reconstruction: The Battle for Freedom and Equality."

It's the first exhibit in America devoted to exploring how constitutional clashes over slavery set the stage of the Civil War and how the nation transformed the Constitution after war to better embrace the Declaration of Independence's promise of liberty and equality.

As for the special activities during the holiday weekend, in addition to trivia, guests can attend an interactive show about Article II of the Constitution, learn about four important women who confronted slavery, play a giant educational board game and do arts & crafts.

On Presidents Day, there will be a presidential costume contest for kids and a theatrical performance about the ratification of the 14th Amendment, as well.