It’s National Scrapple Day: Here’s everything you (n)ever wanted to know about the breakfast fave 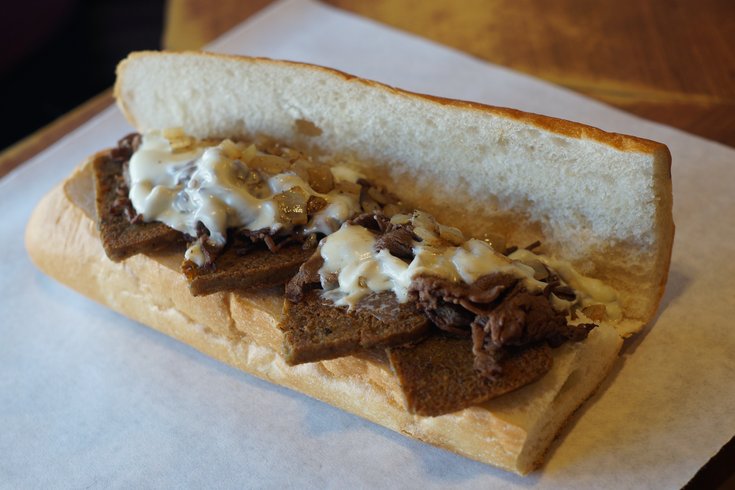 It's National Scrapple Day! Who doesn’t love a good mushy combination of pork scraps with cornmeal and spices? It's an eastern Pennsylvania staple that's not exactly for everyone, but those who love it love it. It's time to stuff your face with this Philly favorite and get some scrapple facts, y'all.

If you're looking for places to go, Joe's Steaks and Soda shop is featuring a scrapple cheesesteak during November at its Fishtown and Torresdale locations. There are a number of Philly restaurants and diners to visit and get your scrapple craving satisfied, including Dutch Eating Place at Reading Terminal Market. If you want something a bit more "elegant" try Kensington Quarters' house-made scrapple or Bud and Marilyn's "Uncle Paul's Scrapple."

But what's this classic dish made of?

One Twitter user writes, "Even sausage doesn't want to know how scrapple is made." Fair enough, but we're going to divulge it anyway. Traditionally, it’s made by using every bit of the pig that’s left over from butchering and combining it with some sort of grain, like cornmeal, and herbs, which in Pennsylvania’s case is predominately sage. It’s boiled into a mush, which gets molded into a loaf pan, chilled, then sliced. It then gets fried to seal the deal on a Philly favorite.

One of my favorite things for breakfast!! Nothing says Philly like scrapple! Are you a fan?? #NationalScrappleDay pic.twitter.com/JV8kw8lsus

Do you know everything there is to know about scrapple?

As most know, the descendants of “Pennsylvania Dutch” are not really Dutch but German. According to Smithsonian Mag, before scrapple made its way to American soil, it was a German black blood pudding that immigrants referred to as  "pawnhoss" or “panhas,” similar to Scottish haggis, French boudin, and English black pudding. When it came to America, the blood was taken out, and German grains were replaced with American grains, including buckwheat, wheat and cornmeal.

There are other scrapple variations in the states. The Carolinas have what’s called “livermush" (pig liver, head parts and cornmeal, spiced with pepper and sage) and Ohio has “goetta,” an offshoot with oats instead of cornmeal or buckwheat.

You can also eat raw scrapple since it's technically pre-cooked, but, you know, meh. "Dirty Jobs" with Mike Rowe did an episode on making scrapple in season 6 titled "Scrapple Maker." And What is Scrapple! purports that scrapple may responsible for Labor Day, but it looks a bit more like a joke than an actual fact.
How are you going to spend this glorious Philly holiday?