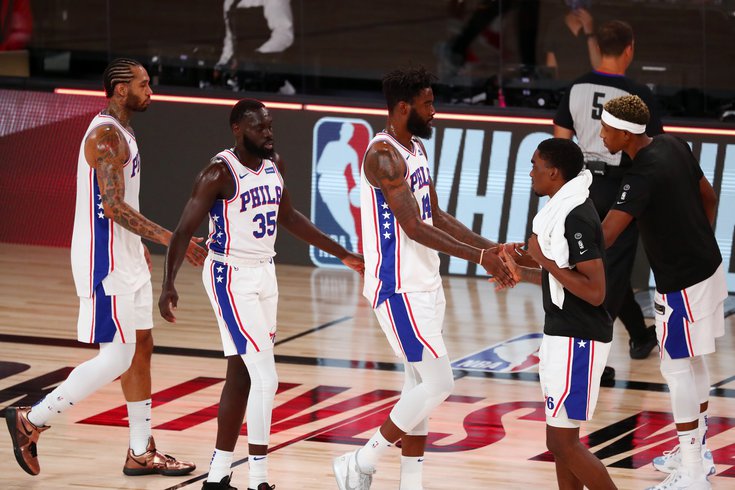 NBA players participated in a trial of a new saliva-based COVID-19 test that has been authorized by the U.S. Food and Drug Administration. Initial data shows its accuracy is comparable to nasopharyngeal swabbing.

A saliva-based COVID-19 test being used by the National Basketball Association has received emergency use authorization from the U.S. Food and Drug Administration.

The SalivaDirect test, developed by researchers at the Yale School of Public Health, is quicker, less expensive and less invasive than nasopharyngeal swabbing. Initial data shows its accuracy is comparable to NP swabbing.

NBA players and staff participated in the research. Players at the league's so-called "bubble" site in Orlando, Florida were given the option to give to take a SalivaDirect test in addition to their NP swab.

With the FDA nod, the test is now immediately available to diagnostic laboratories. Because the test was validated with reagents and instruments from multiple vendors, the Yale researchers said supply chain issues shouldn't be a problem as production ramps up.

"Providing this type of flexibility for processing saliva samples to test for COVID-19 infection is groundbreaking in terms of efficiency and avoiding shortages of crucial test components like reagents," said FDA Commissioner Stephen M. Hahn.

Shortages of testing supplies continue to cause delays in testing in many states, including Pennsylvania. This, coupled with delays at diagnostic laboratories, is limiting how quickly testing can be expanded, health officials say.

Other saliva-based COVID-19 tests use expensive saliva collection tubes, but research, including a separate study led by Yale epidemiologist Anne Wyllie, has shown that SARS-CoV-2 is stable in saliva at warm temperatures for prolonged periods of time, eliminating the need for preservatives or specialized collection tubes.

The development and validation of the test has been preprinted on medRxiv. This is the fifth saliva-based COVID-19 test the FDA has authorized.

"Wide-spread testing is critical for our control efforts," Yale epidemiologist Nathan Grubaugh said. "We simplified the test so that it only costs a couple of dollars for reagents, and we expect that labs will only charge about $10 per sample. If cheap alternatives like SalivaDirect can be implemented across the country, we may finally get a handle on this pandemic, even before a vaccine."

The Yale researchers said they have no plans to commercialize SalivaDirect, wanting the test to be available to those most in need. They will simply provide the necessary protocols to diagnostic laboratories that can then conduct the tests on their own equipment. No proprietary technology is needed.

Yale postdoctoral fellow Chantal Vogels and epidemiologist Doug Brackney led the initial development and validation of SalivaDirect. Then Grubaugh and Wyllie refined the test so it was simpler and less expensive to use in order to more rapidly expand SARS-CoV-2 testing.