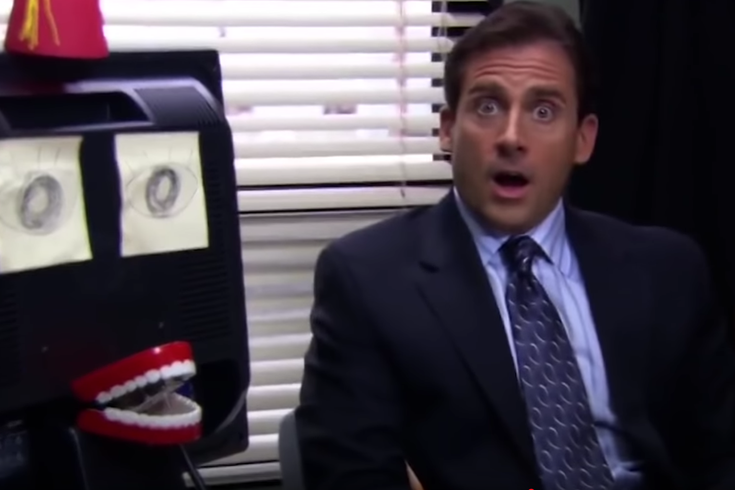 Michael Scott, amazed by the idea of NBC's Peacock streaming service being free.

NBC is just the latest media company to develop its own over-the-top streaming service, but its own offering, called "Peacock", might separate itself from the horde in a crucial way: by being free to use.

The network is considering making Peacock an ad-supported platform instead of using a paid subscription model, according to a report from CNBC. It would mark the first major streaming service to choose a free, ad-based model over a paid model.

In this case, NBC would roll out an ad-free version of Peacock that would require a fee, similar to the way Hulu began its two-tier streaming service in its earlier days.

A spokesperson for NBC declined to comment on the report, according to CNBC.

Ultimately, the product could look more like a multi-tier system. with some features hidden behind paywalls, according to CNBC. But the idea is still intriguing.

In the new television landscape, where streaming is king, available content is often what decides where customers allocate their spending. Disney Plus launches later this month with exclusive shows and movies from Pixar, Marvel, the Star Wars universe, and National Geographic. Apple TV Plus launched with exclusive shows featuring stars like Reese Witherspoon, Jennifer Anniston, and Steve Carrell.

A free-to-watch option wouldn't need its shows and movies to outpace every other streaming service in order to draw in users. It would just need to be worthwhile enough to grab the user who doesn't want to tack $10 more onto their already-enormous monthly streaming bill.

Peacock plans on achieving that goal with huge libraries of popular shows like "The Office", "Parks and Recreation", "Cheers", and others. The company is also pushing for a reboot of "The Office", the popular Pennsylvania-based comedy show, when the network lands rights to the franchise in 2021.